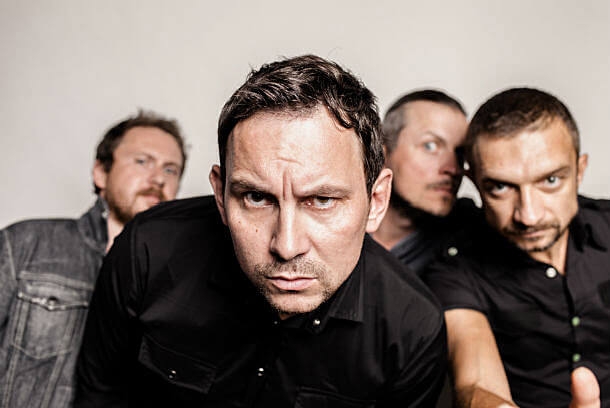 The band Druga Rika. Photo: The archive of the musical collective.

One of the top ten Ukrainian rock groups Druga Rika will play a charity concert on September 17th in Aarhus.

The volunteers of Bevar Ukraine (Preserve Ukraine) managed to get in touch with one of the top 10 Ukrainian rock groups Druga Rika. The collective agreed to come to Denmark with a charity concert as a sign of gratitude for the work being carried out for the people of Ukraine. The event will be held on September 17th in Aarhus. The organizers expect 700 people to attend the concert in VaxHall. Money from the charity concert will go to the transportation of humanitarian aid to Ukraine.

Druga Rika was established in 1996 in Zhytomyr. The band performs music in the genre Britpop. The collective has achieved great successes in its home country, and today it is among the best Ukrainian rock bands. The band's success is explained especially by high-quality music and an intensely atmosphere at live concerts. Druga Rika has released seven albums. The band also has many hits, including the songs «Paris», «Mathematics», «Touch» and others.

About the organizers of the concert

Bevar Ukraine was founded in 2014 by Danes and Ukrainians living in Denmark. The organization cooperates with Danish municipalities, hospitals, schools, companies, private individuals and other non-governmental organizations that provide assistance, and Bevar Ukraine sends the aid to different parts of Ukraine where it is needed. The NGO has sent more than 15 lorries with humanitarian aid to Ukrainian hospitals, orphanages, schools, etc.

Loading of humanitarian aid to Ukraine. August 2017. Photo: The archive of Bevar Ukraine.

The organization currently has more than 200 members throughout Denmark, and by the end of the year their number is expected to rise to 300. This year, volunteers are determined to expand the organization, and branches in the cities of Herning and Aabenraa have already been opened. Viborg, Aarhus, Odense and Copenhagen are in the plans for the near future.

Because Bevar Ukraine is a nonprofit organization, several charity events take place several times a year to obtain funding for humanitarian aid transportation to Ukraine. The concert with the group Druga Rika is one of such events. 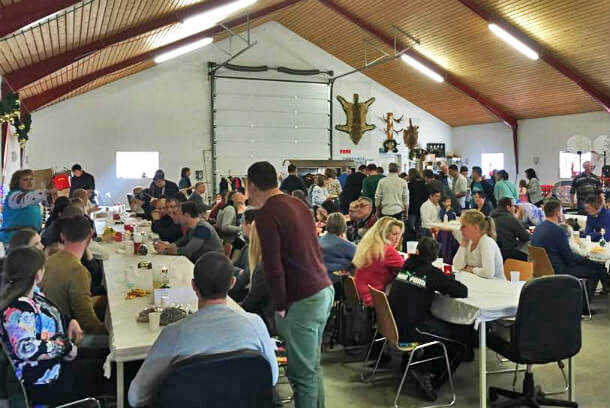 A charity dinner arranged by Bevar Ukraine. 2016. Photo: The archive of the organization.

– It is unbelievable how a post in a social media in 2014 organized the entire volunteer movement and led to the creation of a humanitarian organization that has already helped thousands of people, said Olena Ignatiuk, deputy chairman of the branch of Bevar Ukraine in Herning. – Unfortunately, Ukraine's economic and political situation demands that we take responsibility for those who are in need of help. Our goal is to increase the amount of humanitarian cargo to Ukraine, not to leave people to arbitrariness. Who, if not us? Come to the concert on September 17th.