Books for multilingual children from Ukrainians in Denmark 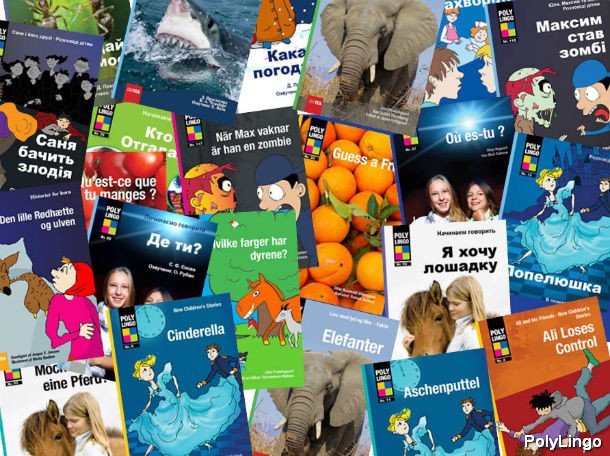 Some books from the publisher. Photo: PolyLingo.

24 interactive books in Ukrainian and Russian languages were released owing to the volunteers from Denmark.

The publisher «DigTea» works primarily in the Scandinavian countries and has more than 200 language books. The volunteers Olena Estrup, Anna Voloshchenko, Martha Fernandez, Elena Wahl, Natalia Cherevko and Natalia Nielsen began the project PolyLingo with 24 books. They have translated the books into Ukrainian and Russian languages and some books were also made in French, German and English. All books are divided into three series: «New beginner», «New Stories for Children», «Topic Books».

Who are the potential users?

Dictionaries say definition of multilingualism in this way: Someone who uses more than one language actively (speaking, writing) or passively (listening). We often hear about bilingual and trilingual people. A person, who can communicate in more than three languages, is called polyglot.

There are three types of families around the world: both parents are immigrants, one is an emigrant while the other is a citizen, or both parents are citizens. Many are interested in their children learning languages to cope in a multicultural world and to acquire additional knowledges.

Nine years old Laura is born and lives in Denmark. Laura's mother is from Ukraine, Laura's father is Danish. Laura learns Ukrainian and Russian languages to be able to talk with relatives from Ukraine. One of the ways to learn languages are these interactive books. Laura remembers when she borrowed the first Danish book in the library. She liked the concept.

«I like to read such books. There are many pictures. You can listen and read at the same time», Laura tells about her impressions.

Her mother Olena got an idea to make similar books in Russian and Ukrainian. People speak 120 languages in the small Denmark. Olena dreams about to make these books in 50 languages – there are many actual topics for children. «If it is possible, then we need a proper computer system so that users can customize the work with the books according to their needs». 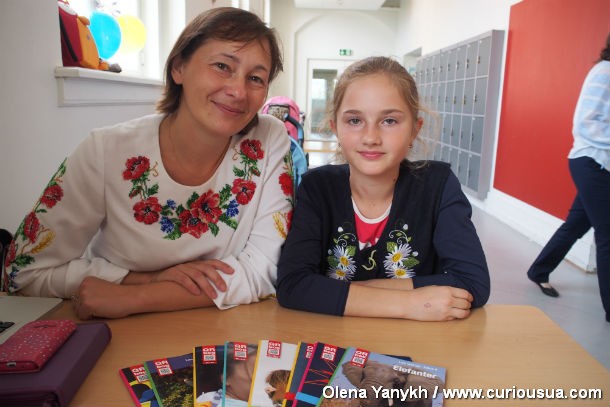 On the photo Laura is with her mother, Olena Estrup, in the Ukrainian Saturday School «Lastivka» in Copenhagen. The first book Laura read was about the animals. Today Laura reads books in English, Ukrainian and Russian.

The target audience is children at 0-8 years old. The books contain narration and images. The child can listen to the text, as well as see the illustrations and video films. 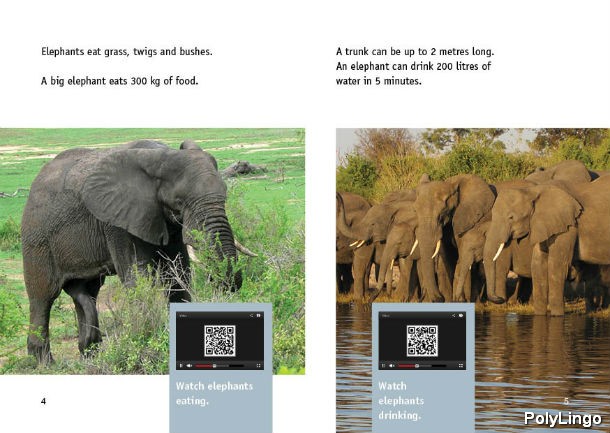 Pages from the book «Elephants».

Many of the books provide dialogs. For example, in the book «Sophie’s bad dag» which is based on the situation in one of the pupils family. The teacher raises a discussion about it in the classroom, of course, previously agreed with Sophie. During the discussion Sophie’s bad mood disappears, she is relieved and the class too. The books create a good atmosphere. 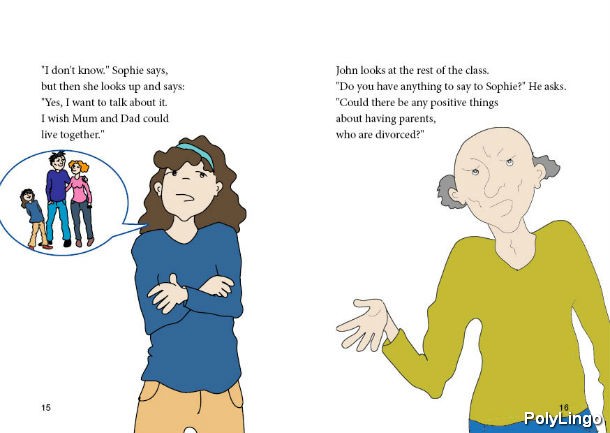 The books can give some advice for difficult events that occur in children’s everyday lives. 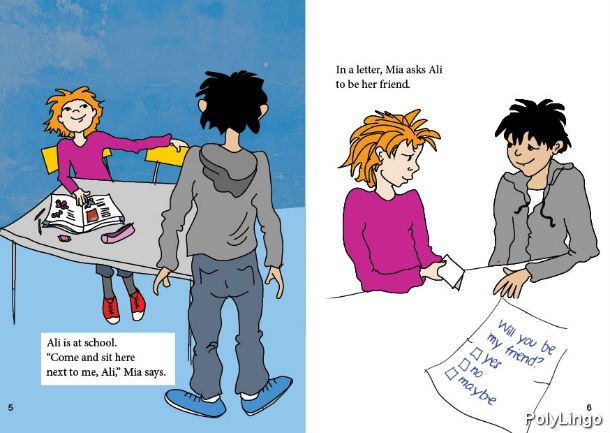 Pages from the book «Draka» – in Russian. In English the book is called «Ali loses control». It's about a girl and a boy who want to be friends, but the others tease them. 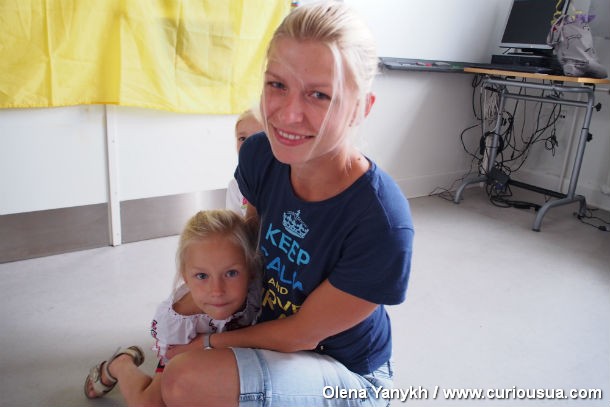 On the photo Anna Voloshchenko is with her daughters Maria and Kristina (hiding behind her mother's back) in Saturday School «Lastivka» in Copenhagen.

Anna supported Olena’s idea immediately. She could see how easy it was for kids to get started reading. The idea that the same children's book will be published in many languages evoked great interest.

«I know quite a bit children’s literature market. We have many books in different languages at home. (Anna and her husband are both Ukrainians) My children love to read and to listen to books while reading up. These books can also be useful in Ukraine, for those who start to learn foreign languages». Meanwhile Anna worked with the books her oldest child was listening and repeating the words and phrases.

Maria nods in agreement and says that she liked books about animals and zombies.

Short texts, great illustrations evoke great interest in children, unlike some other books with complicated sentences where the children are easily demotivated.

Books with sad names, such as «Lena's parents split up», «Mia's mother is sick» are therapeutic books for children who are experiencing similar situations in life.

Future of the project

EPUB fixed layout for iOS devices – iPad, MAC where books are accessed through iBooks, and can be both listened and read at the same time. The price of this format is from 3.5 to 5.5 USD.

PDF format can be opened at any computer and the price varies from 2.25 to 3 USD. Using PDF you cannot listen to narrations, therefore there is also MP3 audio files which is available at the price from 1 to 2 USD.

There are 12 books for free on PolyLingo.net, so you can get a taste of all 8 languages. Approximately 400 free books were downloaded from the 1st of August.

The volunteers will be able to continue working on the project, only if the publisher DigTea can see the demand. All comments and ideas are welcome. The volunteers need your support and will be very grateful for sharing information.