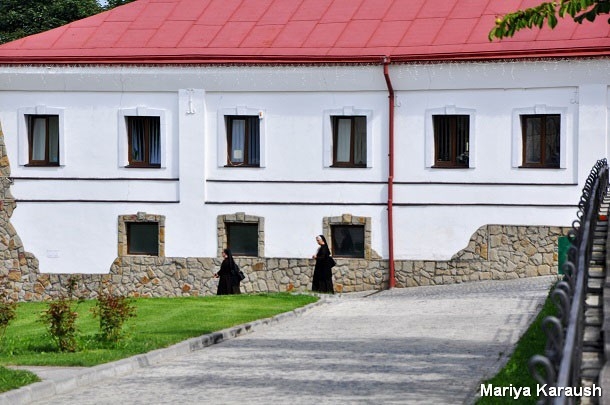 Two million pilgrims from all over Europe visit the Greek-Catholic monastery every year.

From the monastery's history

The monastery has a hard fate. There are several versions of its origin, but it is most likely that the first monastery was a place for the settlement of several monks in the 4th century. During that time the monastery was robbed by Tatars, there were many fires, and each time it was rebuilt from donations from parishioners.

In 1950 it was closed, many priests and monks were arrested, a large number of icons, gold and gilded effects were seized.

Then the sanctuary became orphanage, warehouse and base for recreation. In the early 90s of the 20th century, the church building was renovated with funding from donations. A bishop from Germany sent a team of experts who helped reconstruct the temple. The only electronic bells in Ukraine were installed here by German specialists.

Each temple is beautiful in its own way and has its own special details. In Hoshiv Monastery you can see a statue of the crucified Jesus, and the beautiful arch at the entrance to the monastery's territory.

But the most impressive is the glass walls with stained glass windows, where the sun reflects. You can not with words tell what a person feels like to be in this place and look at this beauty. 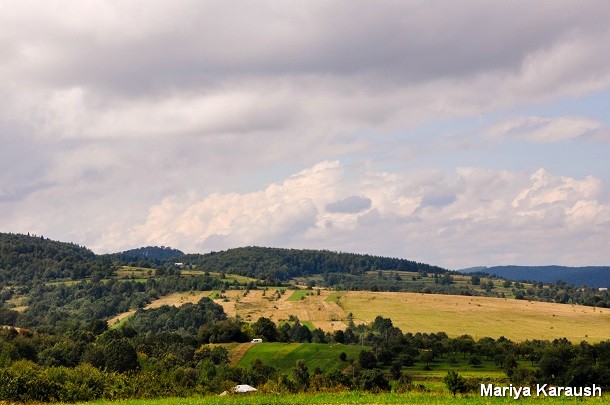 The view, as seen from the Hoshiv Monastery area.

The monastery is known for its miraculous icon of Hoshiv, God's Mother. It was brought from Poland by a local nobleman Andriy Shuhay in the early 17th century. When fire came into his house and it burned down, the wall where the icon hung survived.

With this the miracle was not finished, because the icon shone with a clear light, tearing tears from the Mother of God. During the Second World War there was a fire in the monastery, also then a wall where an icon hung was saved. The monks who prayed to God's Mother remained alive. 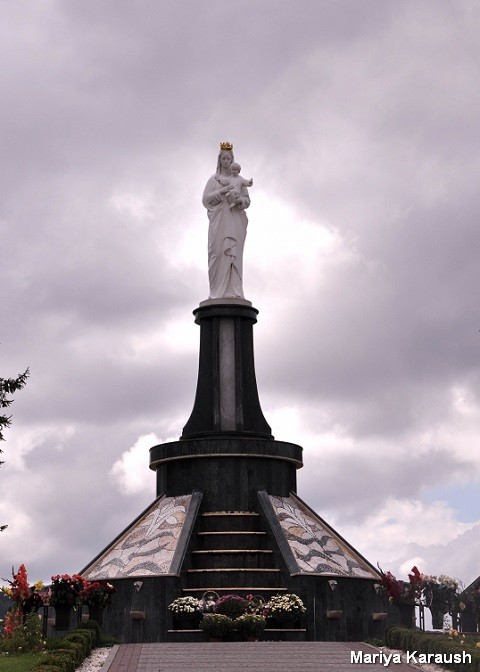 The local people knows many stories about the healing of people, who through the centuries came to the monastery.

In 2009, the golden corona of the miraculous icon was blessed by Pope Benedict the 16th, announcing Hoshiv Monastery as a great basilica, which was considered a major center of pilgrimage for Mary in the Catholic Church.

The monastery on the mountain

On the monastery's territory there is a shop where you can buy icons, religious literature, wedding candles, consecrated honey and souvenirs.

Of course, you must not forget the wonderful landscapes – the monastery is on a mountain, and from the mountain top you can spend hours admiring the Ukrainian nature, pine forests, fields and hills.

This is not just an interesting place for tourists, but above all, a place to clean the spirit, pray for the family, put candles, touch the miraculous icons and get closer to God.