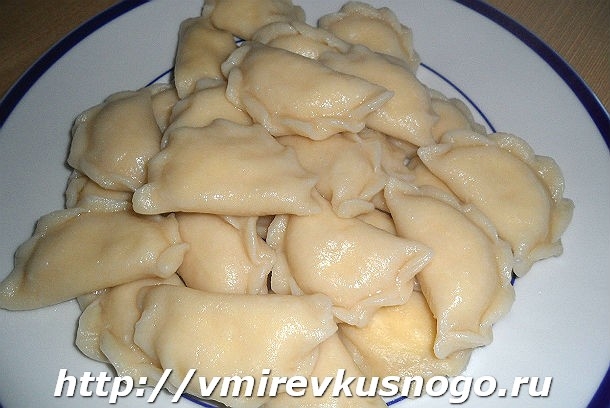 Vareniki are one of the most popular dishes in all Ukrainian diasporas.

This meal made of dough with filling is considered as a common dish of Ukrainian cuisine as well as borscht. Vareniki are quite often shown in Ukrainian folklore. Because of their shape our ancestors identified them with the Moon and used as a sacrificial food dedicated to the goddess of water. Vareniki with cottage cheese were sacrificed at the wells with spring water.

Ukrainians believed that vareniki can have magic power. Peasants had them for dinner on the day when a cow calves or a sheep ewes at the farm. Vareniki were supposed to help the animal become healthy and fertile.

During Christmas feast vareniki are the symbol of the new moon and propagation. In some regions of Ukraine vareniki with cottage cheese and sour cream are a traditional meal for Pancake Week.

During the harvest, the ancient Ukrainians had vareniki as a ritual dish. It is no coincidence that vareniki look like the Moon in its last quarter when the fate of the harvest is at stake. This food was supposed to give the reapers «lunar» strength.

The most suitable cheese for this kind of vareniki you can find in US stores is Farmer cheese. As for European countries, it is better to get cheese from Ukrainian, Polish, or Russian stores to make sure that the right product is used.

In a small bowl beat the egg and whisk a little. In another deep bowl sift flour, add salt and sugar, mix, form a funnel. Pours VERY hot water. Boil the kettle, wait for five minutes, and then you can use the water. Mix the flour and water quickly with a fork. Once it became hard to work with a fork add the egg and knead. Then add the vinegar and knead the dough with your hands. If it turns out a bit sticky – add some flour, but be cautious. If you add too much, the dough won’t be elastic enough. Wrap the dough in a food film and put to the fridge.

In a deep bowl, mix cottage cheese, egg and sugar. Vareniki can be either sweet or salty (you choose). Sweet – add more sugar to the filling. Salty – add more salt, and finely chopped green onions and even garlic (if desired). 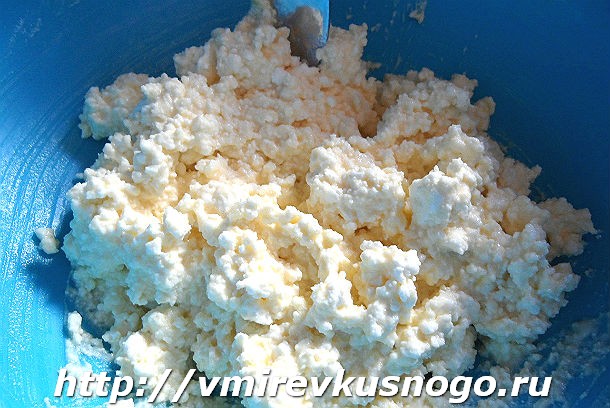 Take the dough from the fridge, roll it out on a flat dusted with flour surface. Cut out circles with a cookie cutter or a glass (or use the method described in vareniki with cabbage). Put a teaspoon of filling (or a little more depending on the diameter of the circle) at the center, stick together the edges and weave the edge. 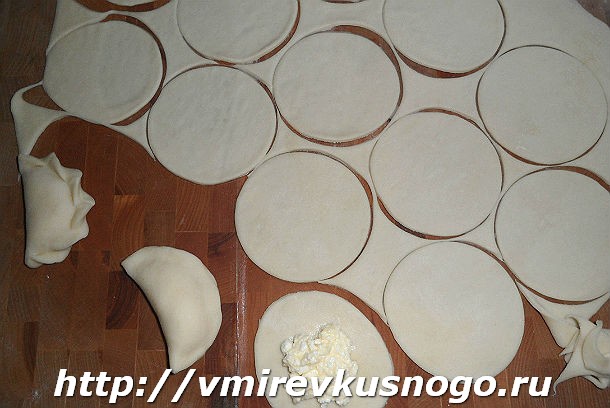 Vareniki can be frozen for the future use. Lay them out on a flat surface, put into the freezer. When they are hard enough transfer them into a plastic bag for a long-term storage. 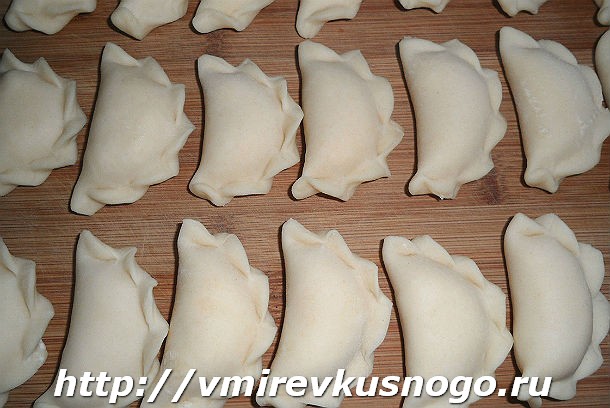 Put some water in a small wide pan and bring it to a boil. Add some salt and throw some vareniki into it. The most preferable amount of vareniki can be determined as follows. Take a plate with the diameter of your pan. As many vareniki can fit in this circle in one row as many you can cook at the same time. Throw vareniki into boiling water and mix with a spoon so that they do not stick to the bottom of the pan. Bring water to a boil and reduce the heat. Cook for 5 minutes. If you are not sure if they are ready, take one out and try it.

Take vareniki out of water with a draining spoon, add some butter and mix, so they do not stick together. 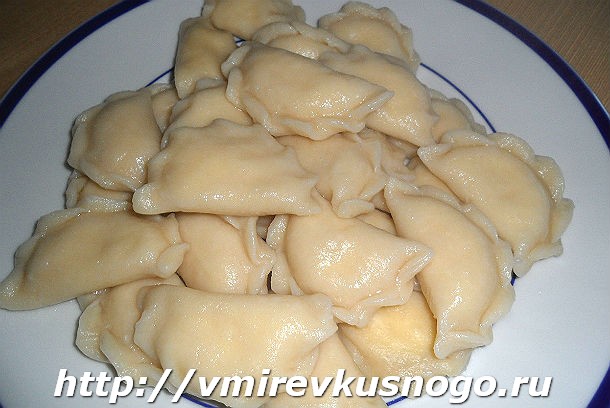 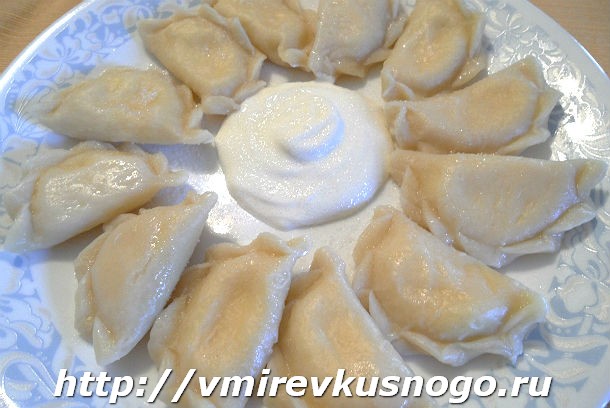