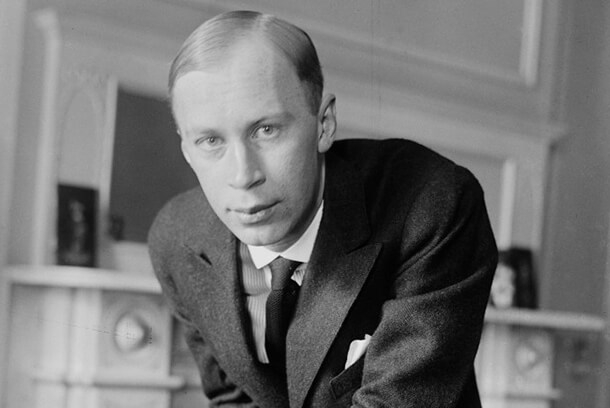 Sergei Prokofiev is known as one of the greatest, influential, and most performed composer of 20th century.

In connection with the 120th anniversary of his birthday many concerts and festivals took place in Ukraine, Russia, France, Germany and other countries where the great composer lived and created music. 2011 was announced the year of Prokofiev in Donbass, the place where he was born and spent his childhood.

Sergei Prokofiev was born 23rd April 1891 in Sontsovka, then a remote rural estate. It is now part of Donetsk Oblast and is known by the name Krasne. His father was a soil engineer at Sontsovkа. At very early age the boy showed interest in music. He turned five when he composed his first piece.

One of the brightest childhood memories was the trip to Moscow, when his parents took him to the Opera Theatre. Intrigued 10 years old composer began to write music opuses in opera genre.

In December 1901 Prokofiev came to Moscow again to meet Serhei Taneev, the professor of Moscow Conservatory. He convinced the boy to start taking regular musical classes. Famous composer Reinhold Glièr was giving the boy lessons of piano, improvisation, the theory of composing, and harmony.

It was decided that Prokofiev should continue his education in the conservatory. Other students were much older than 13-years old boy. But Sergei impressed everyone when he brought two heavy binders with four operas, a symphony, two sonatas and many piano plays in them.

As his father died in 1910, Prokofiev left Sontsovkа once for all. Being born in fast developing industrial Donbass, the composer perceived the cast-iron spirit of 20th century and became indeed its musical voice. The admirers of sweet-voiced music could not accept the innovating young musician.

Prokofiev’s study at the conservatory came to an end. He was awarded the Anton Rubinstein Prize (a Schroeder grand piano). Soon after, he went to London where he met Sergei Diaghilev, the facilitator of “Russian seasons” in Paris. This acquaintance opened the doors of many music salons for the composer. His piano evenings were very well received in Rome and Naples.

Right before the Wolrd War I the composer returned to Russia. The premiers of his compositions were often accompanied by scandals. In 1918 the composer went abroad for a concert tour that lasted long 15 years.

Eventually Prokofiev’s name was mentioned amongst the most talented composers of Europe. He closely watched the news from the Soviet Union, visited the motherland three times with concerts and premiers of his compositions. And the idea of returning back took over completely.

In 1936 he returned to the USSR with his Spanish wife and two sons, Svyatoslav and Oleg. They settled down in Moscow. Many eminent artists of 20th century entered his circle of contacts.

In 1941 Prokofiev and his wife were separated and in a couple years the Soviet Authority annulled his marriage. In 1948 the composer got married again even though he was not formally divorced. His second wife was Mira Mendelson. The first wife was arrested and sent to Gulag, only to be released in 1956. Later she left USSR for Germany where she died at old age in 1989.

After World War II the composer hoped to regain a peaceful life, but faced heartrending experience. His health sharply declined, his was suffering from severe hypertension, and worse luck, the majority of Prokofiev’s works were prohibited as examples of threatening the Soviet people “formalism in art”.

Sergei Sergeevitch started living a sheltered life. Maitre rarely left his country house, but despite of his doctors’ order not to work, he continued composing music.

He died on March 5th, 1953, the same day as Stalin. Therefore his death was not noted in the Soviet mass media. An awkward attempt to smooth the clumsiness was to award the composer Lenin prize in 1957.

In connection with the 100th anniversary of his birthday UNESCO announced 1991 the year of Sergei Prokofiev. At the same times the grateful compatriots created Prokofiev’s memorial place in Krasne. And there was reconstructed St- Petropavlovskaya church where young composer was baptized.

Sergei Prokofiev’s music has often been a matter of great controversy. Ingenuity and uniqueness always bring up contradictory reaction.