Ukraine and the 70th anniversary of the termination of WW2 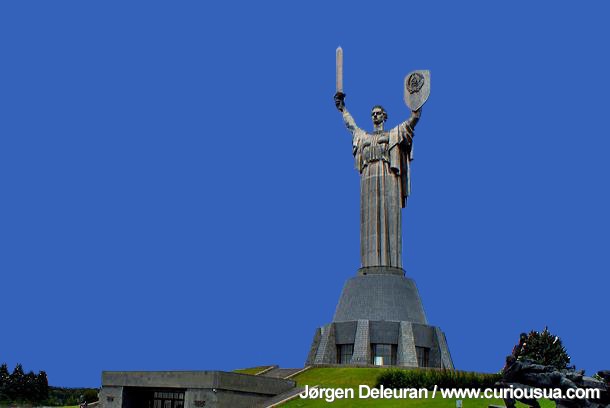 Historian cand. mag. analyzes the situation around the termination of 2nd World War in Ukraine.

Seen through Ukrainian eyes, there was not much to cheer about 9 May 1945. 4.5 million Ukrainian citizens had lost their lives (according to some estimates, the number is much higher) in the bloody clashes between Nazism and communism - two totalitarian ideologies who had the extermination of entire nations and social classes on top of the agenda.

Gathering of Ukraine into a united state

If you shall accentuate a bright spot, still seen through Ukrainian eyes, then WW2 cemented the gathering of Ukraine into a united state consisting of both Galicia and Dnipro Ukraine. It is well-known, that this initially happened as a consequence of the partition of Poland in the year 1939.

Already the Kiev-Prince Volodymyr the Holy conquered Galicia in the year 990, put the area under the Kiev kingdom and thus laid the foundation for the national links between Galicia and Dnipro Ukraine. After the Mongol destruction of Kyiv in 1240 it was also Galicia, who took over the role as the Ukrainian stronghold of the Rurik Dynasty and became the site where the Ukrainian statehood wintered.

The fact that Galicia (and Volhynia) during the interwar period (1919-1939) was subject to Poland, was found to be crucial for the development of the national philosophy, which became the foundation of the idea of Ukraine as an independent state and a complete break with Moscow politically, culturally, historically and geographically.

The Polish leader in the interwar period Josef Pilsudski refocused Polish foreign policy in a more Ukraine-friendly direction and among other things he is quoted as saying that without an independent Ukraine there will be no independent Poland. Organization of Ukrainian Nationalists (OUN) was formed in 1929 in Krakow and based its ideology on the national philosophy. OUN quickly got hold of the Ukrainian youth in the country.

Exactly Pilsudski's dogma was underlying the Polish authorities' relatively tolerant attitude to the Ukrainians in interwar period Poland, at least until Pilsudski's death in 1935. The Ukrainian intellectuals national idea development had therefore far more favorable conditions in Poland than in the Soviet Union, where the national-communists ukranisation campagne in 1920 was punished by Stalin's famine in 1932-33, which several countries have labeled as a genocide of the Ukrainian nation.

The germ to the collapse of the Soviet Union

According to OUN's ideology Ukraine's independence was an absolute value that all other considerations were subject. This ideology led to the UPA (the Ukrainian rebel army's) 10-year armed struggle in Western Ukraine (1942-52) and today's Ukrainian soldiers fierce battle against the militarily superior but less motivated opponent in Eastukraine. Also "The Heavenly Hundred's" death-defying advance on Instytutska Street in Kyiv in February 2014 can be explained by national-philosophy breakthrough in the urbanized Ukrainian masses consciousness.

As the national-communist Ukrainian elite in 1991 took advantage of the upheaval in Moscow to declare Ukraine's independence, the national philosophy seriously began to displace national-communism as the dominant currents of thoughts in the country. And twice - in 2004 and 2014 - an alliance of integral and liberal nationalists ousted more Russian-friendly forces from power in Kyiv.

There was, as I said, not much to cheer about seen through Ukrainian eyes in May 1945. But the gathering of the country that year created the institutional conditions for the gradual spread of the Westukranian national philosophy throughout Ukraine. And combined with the country's rapid urbanization in the post-war years this dynamic caused that the ethnic Ukrainians latest from 2001, came to a solid majority in big cities (apart from Crimea and Donbas) and that Ukrainian nationalism - both in its liberal and integral version - became the dominant ideology in the country at the expense of more russofile currents that Soviet communism had tried to impose on the population.

Read 1261 times Last modified on Thursday, 19 May 2016
Published in Expert
Tagged under