"Feeling like Ukrainians far outside the borders of their homeland" 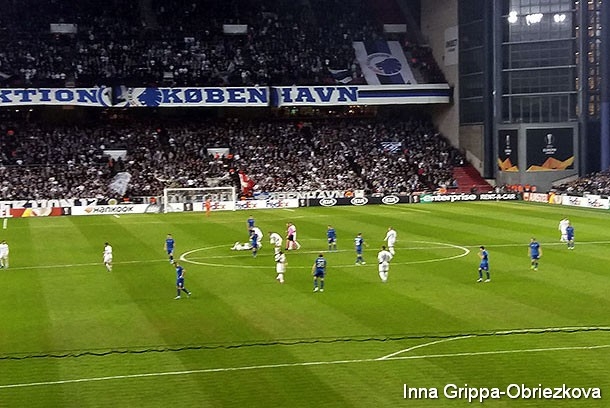 The match in the fourth round of the Europa League, FC Copenhagen - FC Dynamo (Kyiv), was held on November 7 in Copenhagen with the support of the Ukrainian diaspora in the fan sector.

Telia Parken Stadium in Copenhagen was filled. 23,166 fans in the stands. Among them were quite a few Ukrainians who had completely filled the stands in the Dynamo Kyiv fan zone as well as mixed with the Danes in other sectors. Then on November 7, the match took place in the fourth round of the Europa League FC Copenhagen - FC Dynamo (Kyiv). 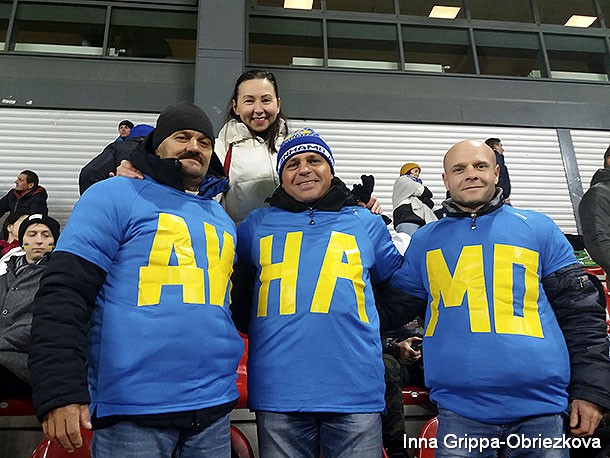 It was not easy to arrive on time after the end of the work day, during rush hour, when almost half of the city - fans of the local team - drove and went to the stadium.

The Ukrainians arrived at the battle with families, with children and with friends. The entire fan sector was filled with large and small Ukrainian flags and wreaths. The most loyal supporters of the Ukrainian team were dressed in Dynamo accessories and homemade costumes. In addition, members of the organization Preserve Ukraine painted the faces with blue and yellow colors before the match. The atmosphere in the grandstand was cheerful and everyone wanted victory. Like Copenhagen fans. 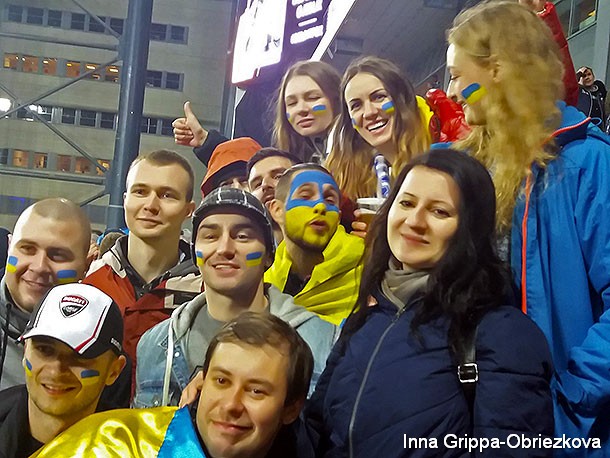 Ukrainians during the match at Telia Parken Stadium in Copenhagen.

For Ukrainians, the game was not very intense and sharp, we Ukrainians are used to dynamic and emotional games, even at the local level. Although Jens Stage, who scored the goal against the Ukrainian team, considered the game to be at a high level and that the pace was really good. 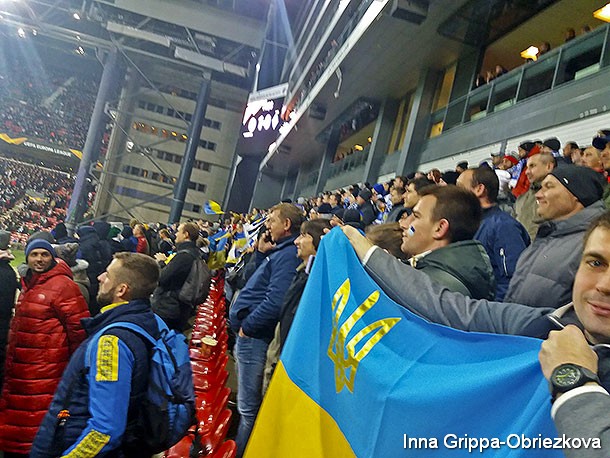 Dynamo created many chances to score in FC Copenhagen's goal, but only at the end of the match did a ball end up in the goal net. So the result of the game was 1:1. But for us, it was a great opportunity not only to support the Ukrainian team, but also to see, speak and feel like Ukrainians far beyond the borders of our homeland.