Ukrainians participating for the first time in Elsinore Cultural Festival 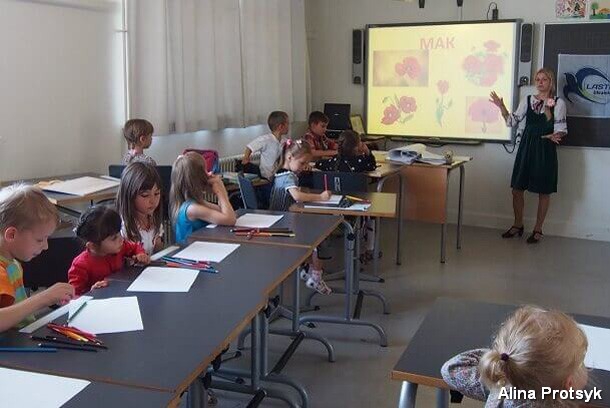 For the first time in the 17-year old Cultural Festival Ukraine's culture will be presented. Children will sing and dance for the audience.

Elsinore Cultural Festival will this year be held for the 17th time. Ukrainians will for the first time participating in this event, although the Ukrainian Youth Organization of Denmark 'Lastivka' which has seven branches across the country, have experience of participation in such festivals in other municipalities.

That is why the organization of the concert program and staffing of the tent is entrusted to members of Lastivka in Copenhagen.

The Ukrainian School Lastivka in Copenhagen began its work in September last year. The children from the school will sing and dance at Elsinore Cultural Festival on 30 May.

In their classes every Saturday – except in Ukrainian writing and reading – the children were involved in dancing for two hours with Daria Iakovenko, and Nataliya Bodnar taught the young actors in singing. This volunteer work will be rewarded when 15 children are coming on stage at Elsinore Cultural Festival. They will perform Ukrainian dance and singing.

The chairman of Lastivkas National Organization and Lastivka Copenhagen, Alina Protsyk, told that the costumes for kids were specially brought from Ukraine.

"When I met the children and talked to them, they remembered that dancing was always their favorite classes," Alina added with a smile.

With performances at Elsinore Cultural Festival the kids concludes their first year of study in Ukrainian School Lastivka in Copenhagen. This will be their first appearance on the big stage. Hopefully the audience will provide a warm welcome and support them with loud applause.

The situation in Ukraine does not allow to relax

Even during the celebrations Ukrainians use every opportunity to help their compatriots.

In tent number 1, right next to the stage, you can buy Ukrainian food and souvenirs. The money, which Lastivka Copenhagen earns, goes directly to support people in Ukraine.

Here you can meet us

The festival for the whole family will for the first time take place on Scholtens Ravelin.

Read more about the festival and remember to take a good mood with you from home.