The Kyiv region – a center of industry and agriculture in Ukraine 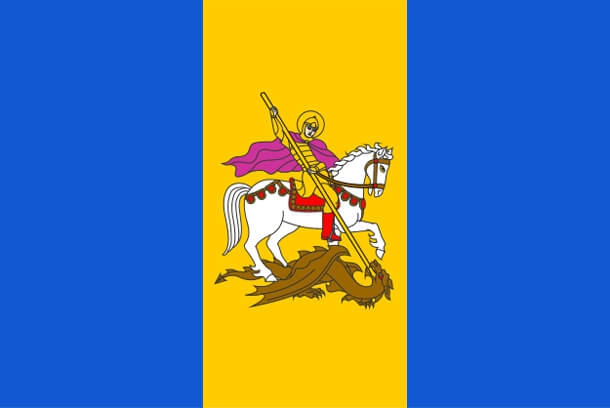 The flag of the Kyiv region consists of three vertical stripes of equal width. In the middle is the region's coat of arms. Photo: www.kyiv-obl.gov.ua

The developed agro-industry in the Kyiv region stimulates scientific and technical development of the country.

The Kyiv region is located in the central part of Ukraine and constitutes an area of 28,131 km². In the southeastern and southern the region border up to Cherkasy region, in the southwest to Vinnitsa and in the west to Zhytomyr. The northern part of Kyiv region shares a border with the Gomel region of Belarus.

In the northern part of the area Chernobyl Exclusion Zone constitutes an area of around 2,000 km².

Industry. The main volume of GDP is industry, followed by agriculture, construction and service industries.

The extent of the industrial character of the Kyiv region is determined by the active development of such industries as machine building, metalworking, electrical energy production equipment, powder metallurgy, chemistry and petrochemistry. Relatively new in the Kyiv region are microbiological activity and cardboard and paper production.

Light industry has companies of garments, knitwear, leather and processing of flax.

The wealth of its own mineral and forest resources in the region makes it possible to develop the building and timber industry.

Agriculture. The favorable climate causes high development of agricultural industries. The basis of the Kyiv region's agriculture is grain, sugar, meat and dairy.

There are also developments in the production of pigs, poultry, rabbits, beekeeping and fishing. 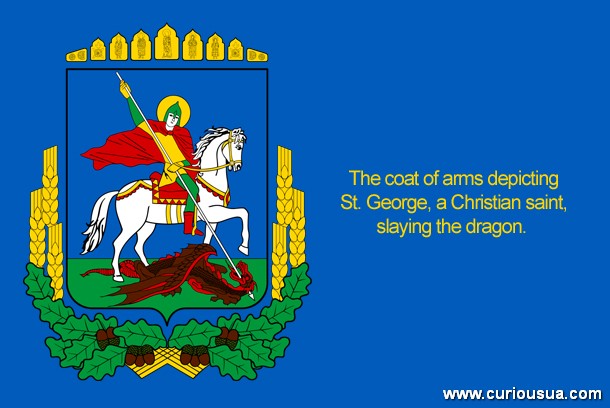 Natural resources. In the Kyiv region, there are significant deposits of granite (mainly in the southern and western parts of the region), gneiss, clay for bricks and tiles, marl, building and quartz sand, peat (in Polesie).

There are wellness zones where they are drilling through the earth's surface for mineral water in the city Myronivka, thr village Vladyslavivka, the city Bila Tserkva and Kyiv's district – Koncha Zaspa.

Territorial structure and potential of the region's cities

The Kyiv region consists of 25 districts and 1,184 inhabited places.

The Kyiv region is home to approximately 4.6 million people, but this figure is not the highest in Ukraine. The region's agricultural orientation causes a high percentage of citizens in the villages – 42 %.

Ethnic composition in the Kyiv region – mainly Ukrainians (90 %). Russians account for only 8 %. The remaining 2 % is divided among Belarusians, Poles, Armenians, Jews, Tatars, Moldovans and Azeris.

Travel experiences in the Kyiv region is not only limited to Kyiv's attractive architecture and historic monuments. Dive into the history of Ukrainians, visit the National Museum of Popular Architecture and Life of Ukraine in Pirogovo village or visit «Shevchenko's Wing» at Yahotyn History Museum in the city Yahotyn.

In the Kyiv region are all available modes of transport - by air, rail and river, but most are still on the rail. River transport is mostly used for freight and passengers.

Kyiv plays an important role in transport, because the city has three international airports.

History of the region

The Kyiv region do not have as rich a history as the city of Kyiv. It was formed in 1932, in the days of the Soviet Union, but had a very different extent. Chernihiv, Zhytomyr and Cherkasy regions belonged to the Kyiv region. Only since 1954 Kyivshchyna has had its present boundaries.