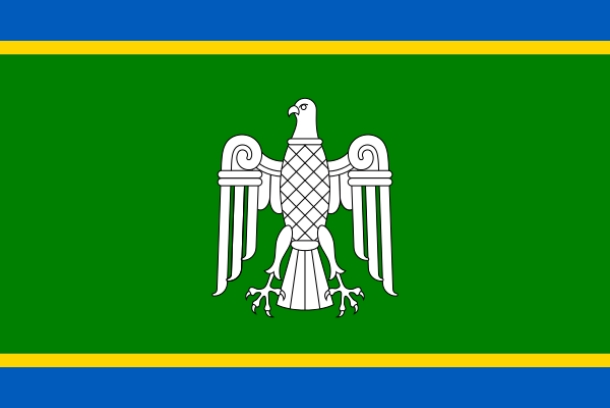 On the green background of the Chernivtsi region's flag is displayed a white falcon, which is a symbol of beauty, courage and intelligence. The green symbolizes Bukovyna, the blue and yellow stripes – rivers and cornfields. The flag was adopted on December 20, 2001. Photo: www.oblrada.cv.ua

The Chernivtsi region has rich recreational resources and economic potential for the development of multi summer and winter tourism.

Chernivtsi region – a region of southwestern Ukraine, where the highest point in the flat part of the country is the mountain Berda.

The region borders Romania and Moldova to the south and southeast. To the west and northwest – the Ivano-Frankivsk region, to the north – to Ternopil and Khmelnytskyi and to the east to the Vinnytsia region.

The regionally smallest region of Ukraine is 8,097 square kilometers, and has over 70 rivers belonging to the Danube and Dniester basins. The foundations of the river system are Dnestr, Prut, Siret and Cheremosh.

The largest city and administrative center in the region – Chernivtsi. The region has a multinational composition and differs significantly in the proportion of ethnic and linguistic minorities (25%). The area's population is 910,000 people: Ukrainians (75%), Romanians / Moldovans (19.8%), Russians (4.1%), Poles (0.4%), Belarusians and Jews (0.2%), gypsies and others.

The economic potential of the Chernivtsi region

In recent years, economic activity in the region has seen steady growth in many fields. The leading roles in the regional economy take on industry and agriculture.

The industrial potential of the region represents more than 200 manufacturing companies, which is 0.4% of the national volume.

A significant part of the industrial complex is light industry, which ranks number three in the structure of industries and generates the domestic consumer market.

A major importance in the economic and social development of the region are forests with a total area of 258 000 hectares. The most important tree species are spruce, beech, silver fir and oak. The average age of the trees in the plantations is 60 years.

In Bukovyna there are highly developed arts and crafts for the manufacture of carpets, wood products and embroidery. 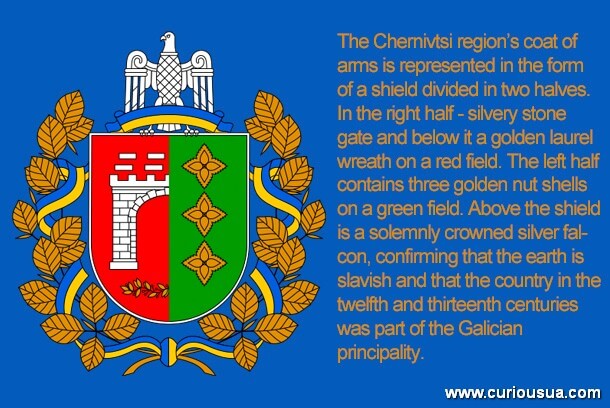 Natural resources. The region is rich in natural resources. At Bukovyna there are four oil and gas fields (Lopushne, Chornoguzy, Krasnoilsk, Sheremetiv). In recent years, more than ten oil-gas areas have been opened in the Vyzhnytsky, Storozhinetskiy and Putila areas.

In the underground there are a lot of materials for construction. In Transnistria significant deposits of gypsum and anhydride were revealed in the Prut River basin. The northern and eastern parts of the region are rich in marl and limestone. In the village of Krasnoilsk there is a promising deposit of marble.

The region also has deposits of quartzite, slate, salt; mineral water, from which come the brands «Izhevska», «Matsesta», «Borjomi» and «Naftusya».

In the Chernivtsi region there are many places with protected natural areas, including nature reserves, natural monuments, botanical and dendrological parks and much more.

In the Chernivtsi region nurseries are operating and they also perform artificial breeding of wild animals and birds.

The region's soil is quite fertile. In the northern part there is black soil.

Tourism development in the Chernivtsi region

In the Chernivtsi region there are many archaeological monuments, historical memories, architecture and monumental art.

The Chernivtsi region is a good area for many kinds of summer and winter sports for tourists, and health recreation as well as balneotherapy (disease treatment with baths).

In 2005, the tourism industry in the region invested 45 million hryvnya and created more than 800 jobs. In the village of Dnistrivka in Kelmenetsky district the first sailing club in the region opened. There are also many new areas for recreation and tourist entertainment. More than 60 rural tourism locations receive tourists.

The Chernivtsi region has good transport and favorable geographical location, a close network of railways and roads, pipelines and power lines.

The history of the region

The area was formed on August 7, 1940 following the USSR's annexation of Bessarabia and northern Bukovyna. From 1991, the Chernivtsi region has been part of the independent Ukraine.