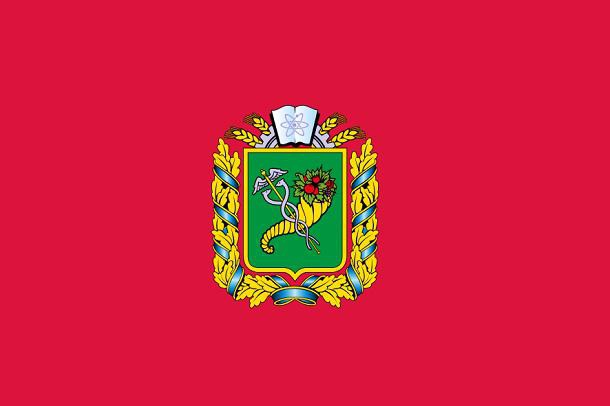 The flag of the Kharkiv region has crimson color with a picture of the coat of arms, which is the central element of the flag. The symbols of the region was approved on May 11th 1999. Photo: www.oblrada.kharkov.ua/en/

Kharkiv region has a significant production capacity and is one of the largest commercial and industrial centers of Ukraine.

Kharkiv region is located in northeastern Ukraine and covers 31,415 square kilometers, which is 5.2 % of the state's total area. Its eastern neighbor is Luhansk region, southeast – Donetsk, southwest – Dnipropetrovsk, west – Poltava, northwest – Sumy region. And in northern and northeastern Kharkiv region bordering the Belgorod region of Russia.

The administrative center of the Kharkiv region is the city Kharkiv.

In Kharkiv region there are nearly 200 rivers. The longest of them – Siversky Donets – is 370 km. The total length of rivers in the Kharkiv region is 6,400 kilometers. The area has lakes, the biggest of which is Liman.

In Kharkiv region there are more than 800 industrial companies, employing 180,000 people.

Industry. Kharkiv region has strong industrial potential. The wealth of its own raw materials allows to actively develop fuel energy and chemical industry, china and glass manufacturing, production of building materials. A cement-slate factory in Balakleya is one of the largest in Europe.

Meanwhile, the leader in machine building, including agricultural machinery and metalworking.

The region also develop food- and light industry as well as equipment for the sugar industry.

In the region there is a large selection center «Ukrianka».

In 2013 struck cereal harvest in the region record for the last hundred years – 4.25 million tons. 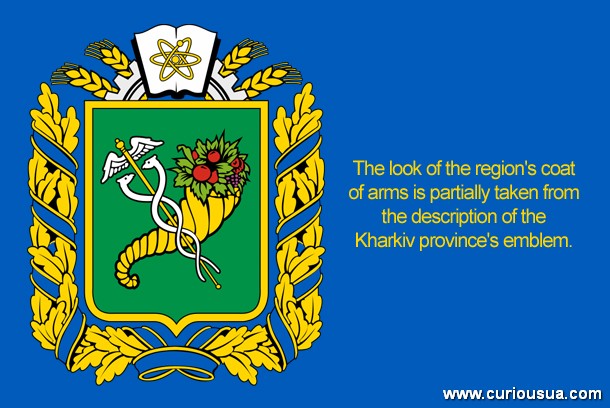 Natural resources. In the southern part there is gas – Shebelinske, Yefremovske and Krestyschenske. Kharkiv region also has deposits of oil, coal and lignite, phosphate, salt, clay and sand.

The pride of the region are sources of mineral water – Berezovske and Rai-Elenivske. There is also driven a known local spa «Berezovski mineral water».

Kharkiv region is divided into 27 districts, which includes 1,755 inhabited places.

The largest cities are Kharkiv, Izyum, Kupyansk, Lozova and Lyubotyn.

Kharkiv is characterized by multifunctionality: effective development of industry, education and research, service and leadership.

Izyum and Kupyansk are industrial cities. Here exceeds employment in the industry average for Ukraine. Izyum is known throughout Ukraine as a center of production of the ocular optics.

In the city of Lozova is industrial and transport responsibility, because it is located at the intersection of routes that service the industrial centers.

Pervomajskiy Chemical Factory – one of the largest in Europe. The company has a significant potential for the production of polyvinyl chloride resins.

Kharkiv region – one of the most urbanized regions of Ukraine. More than 2 million people (80.4 %) are living in cities, and in villages only half a million (19.6 %).

Population number in the Kharkiv region ranks fourth in the country.

Tourist opportunities in the region

Tourists can go deeper into the ages, go to the Koenig Castle from the 19th century, located in the village Sharovka, which is 70 km from Kharkiv. Or can relax in a salt lake in the village Antonivka, look at the desert plains Kytsevsku (at the village Kytsevka) or dive into the exotic world of the 200 year old Krasnokutsk Arboretum (the village Krasnokutsk).

Up to the 30s of the 20th century increased and decreased the size of Kharkiv. Only in 1937 on the map of the USSR the boundaries of the modern Kharkiv region was marked.