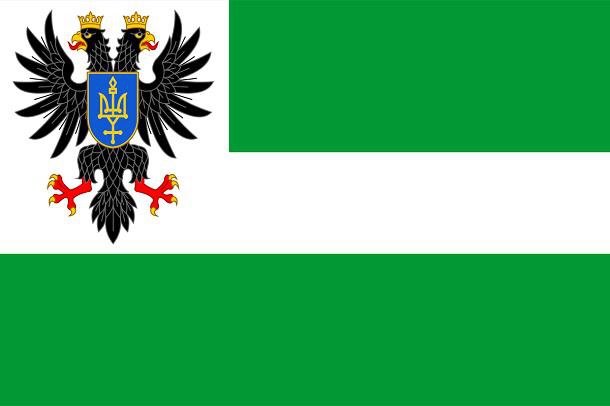 The green colour in the Chernihiv region's flag represents Polissya and forest-steppe. The white bar shows the Desna River. In the top left corner of the flag - the region's coat of arms. The flag and the coat of arms was approved on July 11th 2000. Photo: www.cult.gov.ua

Chernihiv region is the East European plains and have a high potential for industry and tourism.

Chernihiv region is located in northern Ukraine, and bordered to the west by the Kyiv region, in the north to the Gomel region of White Russia and the Bryansk region of the Russian Federation, in the east to Sumy region and in the south to Poltava region – both in Ukraine.

In Chernihiv region area whose land area is 31,911 square kilometers, flows 1,200 rivers, of which the largest are Dnieper, Desna, Sejmen, Oster, Snov, Ubed and Udai.

The administrative center in Chernihiv region is the city of Chernihiv.

The economy of the region

Far to the west, and in some places in the north of Chernihiv region, are forests (20 % of the territory of Ukraine). Through the region runs the Dnieper-Donetsk oil and gas sector.

Chernihivshyna (Chernihiv region) provides more than 80 % of the national share of woolen fabrics and wallpaper, 30 % of chemical fibers and yarns, 20 % of oil production.

The region produces, as the only one in Ukraine, fire engines, cord fabric for tire production, protein film for the food industry, some types of equipment for the agriculture.

Companies and organizations in the region supplies products to more than 60 countries. 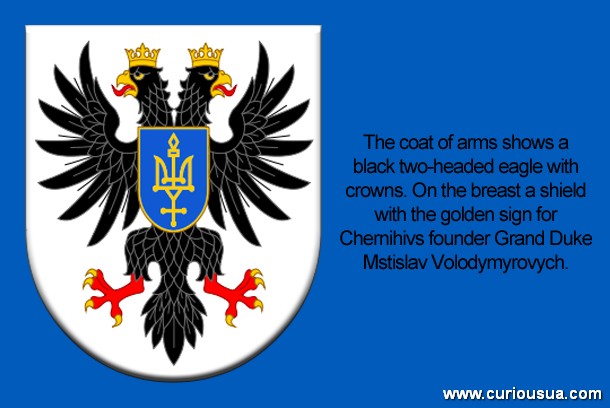 Natural resources. Chernihivshyna is rich in minerals. Of national importance are deposits of glass sands and oil of high quality.

Large industrial importance are deposits of calcium in Novgorod Siverskyi area and raw material for bricks in the entire territory of the region.

Chernihivshyna got the only field in Ukraine with the occurrence of Bishofit, which is unique in scope and medicinal qualities.

Nearly 160 km along the right bank of the Desna extends deposits of chalk.

In various places phosphates, lime, kaolin, marl, rock salt and so on are extracted.

Agriculture. Agribusiness is represented in the northern and western region with meat- and dairy cattle, cereals, potatoes and flax; in the south and center of meat and dairy products, cattle breeding, pig breeding, cereals and sugar beet.

Within agricultural production is Chernihiv region known as one of the largest suppliers of potatoes, sugar, cereals, products from animal husbandry, as well as honey, fruit, flax and the famous Nizhyn cucumbers.

The region's agriculture covers almost completely, except oil and fish products, the population's needs for food, and have significant export potential.

The region is inhabited by animals and birds listed in the Ukrainian Red Book: bison, great jerboa; big and small bats, steppe polecat; steppe crane, owl and others.

The region also has a historic legacy that can be seen in architecture.

The region is divided into 22 areas, which have a high potential in industry, agriculture and tourism.