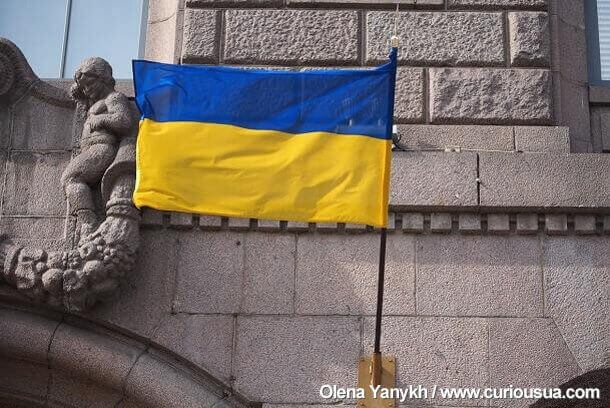 Many people were wondering what a brilliant opera singer was doing in the war in Donbas. It was his personal example of self-devotion to his country.

Forty-odd years old Vasyl Slipak was known throughout Europe as an opera singer, he played leading roles in many perfomances, could have had tremendous future, however when the war broke out at homeland, he could not but step in ...

The role of Mephistopheles in the opera «Faust» of Charles Gounod was Vasyl Slipak’s favourite, that’s why his nickname Myth was in tune with it. Vasyl Slipak’s life may have been short, but as full of heroism as mythology. He showed the audience a rare and exceptional singing art. His vocal talent was called a wonder of nature, and many teachers wished to have Vasyl in their class.

Vasyl Slipak was born on December 20th, 1974, in Lviv. Parents instilled in him respect and love for their homeland. No one in the family was a professional musician, only his grandfather had an amazingly pure and powerful vocal. It’s possible that Vasily might have inherited his grandfather’s talent.

His elder brother Orest played a great role in Vasyl’s musical education. It was Orest who took the nine-year-old boy to the famous Lviv Academic Choir Chapel «Dudarik«, which repertoire shaped the style and musical outlook of Vasyl Slipak. As a member of the Choir Vasyl participated in making records and performing at the concerts with famous Ukrainian singers. The children also performed in the Carnegie Hall.

Not All As Easy As It Sounds

Surprisingly, but having a rather rare vocal (countertenor) Vasyl was not accepted at Lviv Musical Institute at first (now it is Lviv National Music Academy). Slipak did not lose faith in himself, he performed a lot, began touring, got acquanted with many musicians, composers and conductors. In 1992, a persistent young man proved his right to be one of the students at the Musical Institute. During that time Vasyl added to his repertoire musical compositions of Ukrainian and European composers.

A Chance in France

Soon the destiny of Vasyl Slipak made a sharp turn. In 1994, his older brother Orest went to France for a cardiologists congress where he met the composer Maryan Kuzan and gave him a cassette with the recording of his younger brother. A month later, Vasyl Slipak was invited to one of the biggest musical festivals in Clermont-Ferrand.

The young singer sang French and German songs and also Italian arias in the original language and was awarded Festival Grand Prix and Audience Choice Grand Prix. In addition, he was the only contestant who performed the songs in his native language. His debut in France was a real sensation. After that, well-known teachers of the Paris Academy organized him an audition. All of them unanimously admitted that Vasyl's voice is unique, that put an end to the debate whether it is worthwhile to sing baritone and countertenor at the same time.

Vasyl Slipak lived in France for almost twenty years performing in Paris National Opera. His unique voice allowed him to make a successful solo singer career in Europe. He had everything to become a real opera star, but when hostilities have broken out in his homeland, Vasyl Slipak was determined that the opera career could wait. His family knew that he could not and did not want to live half-done, it was unconceivable for him to stand aside from what was happening.

Everyday Life at the Front Line

During the Revolution of Dignity Vasyl Slipak could not come to Ukraine – he had a contract with the Opera House in France. But he did everything what he only could there. He organized actions in support of his country, gave charity concerts to raise funds, was a volunteer, helped the fighters, and eventually he joined one of the volunteer battalions. Vasyl went to Donbas to find out the real truth about the war, not what you can learn from newspapers or the Internet. He chose «Myth« as his call sign, and many soldiers did not even know that an opera star was fighting next to them, because Slipak did not like to talk about himself.

Returning from Donbass, he continued giving charity concerts, and in cooperation with the

Ukrainian diaspora in France he helped children whose parents were killed at the war. And in the summer of 2016 he went to the east of the country again.

When journalists found out that there was an opera singer at the front line, the news about him started spreading far and wide. Vasyl Slipak did not turn down interviews. He tried to explain to people his position, to support those who lost faith, and to draw in some help for the fighters.

On June 29th, 2016, a sniper bullet cut Vasyl Slipak’s life short. The singer's voice has fallen silent forever, but it will sound in the memory of admirers of his talent.