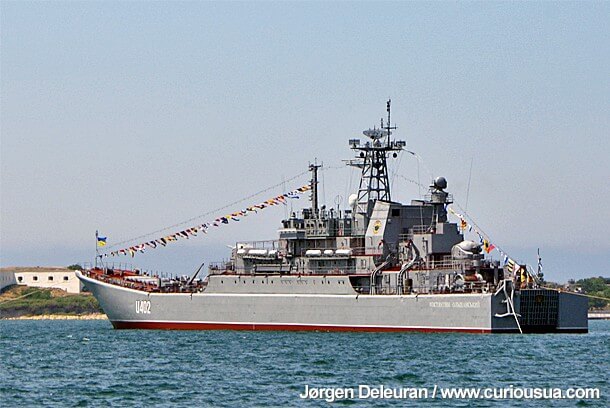 The agreements between Ukraine and Russia on the ownership of Crimea and the boundaries between the states are not fulfilled by the Russian Federation.

The ownership of Crimea – the subject of a dispute between Ukraine and Russia. Ever since 1954, when the peninsula became part of Ukraine, the question of its reversal to Russia has been up many times.

he agreement on friendship ...

May 31, 1997 was "Agreement on Friendship, Cooperation and Partnership between the Russian Federation and Ukraine" signed. The document commits the parties to respect both countries' territorial integrity and confirms the existing inviolability of borders. The agreement entered into force on 1 April 1999. It was concluded for 10 years with possibility of extension for another decade, if none of the countries announced its intention of termination at least six months before the end of each period. Because neither party has put forward such a statement, the effect of this document has been extended for a further period – up to 2019.

The agreement on the state border

In April 2004, by both countries ratified the former agreement on the state border, which confirmed that Crimea is part of Ukraine.

Partition of the Black Sea Fleet

After the collapse of the Soviet Union a problem occured in the Ukrainian-Russian relations in connection with the Soviet Black Sea fleet, which in 1994 was divided between the states. During this procedure, the mutual relations were very tense and came sometimes to physical confrontation. The situation in Crimea was on the threshold of an armed conflict between Ukraine and Russia.

From 1994 to 1997 the leaders of the two countries signed bilateral agreements which were intended to resolve the situation with the Black Sea Fleet. By agreement, Ukraine got 30 warships and boats, a submarine, 6 special vessels, 28 supply vessels and 90 fighters. RF received 338 ships, 106 aircrafts and helicopters.

June 9, 1995 the Presidents signed an agreement to separate the locations of the Russian Black See Fleet and the Ukrainian navy.

The intergovernmental agreements on the Black Sea Fleet was signed on 28 May 1997. The Russian Federation's fleet on the peninsula was located in two places – in the cities of Sevastopol and Feodosia. The neighboring state also got a training area for marines and two airfields. Ukraine agreed that its Black Sea Fleet in Crimea should not use Sevastopol. However, Russia has committed itself not to place nuclear weapons on its bases in Crimea.

April 21, 2010 the two heads of the states signed the Kharkiv agreements on the extension of the lease for the Russian Black Sea Fleet in Crimea for 25 years, starting in 2017. In addition, the document contains an option to extend for a further 5 years.

March 18, 2014 the main base of the Black Sea fleet in Sevastopol was de facto under Russian jurisdiction, and the Kharkiv agreements were terminated by the Russian Federation.

Most UN member states have not recognized the legitimacy of the outcome of the referendum in Crimea, which then changed the status of AR Crimea and the city of Sevastopol. Ukraine and the Western society assessed Russia's actions and identified them as aggression against and occupation and annexation of the territory of Ukraine, as well as violation of territorial integrity of Ukraine. This led to the rupture of the Western leaders cooperation with Russia in the "G8" and led to the imposition of sanctions against Russia.

At the meeting 27 March 2014 the UN General Assembly  adopted a resolution confirming the illegality of the referendum in Crimea, but it is worth noting that the decisions of that international organization is not binding but indicative only.

The Russian Federation considers the fact that Crimea is annexed, is a result of the implementation of the peninsula's population's right to self-determination after the change of power in Ukraine. After the actual invasion and occupation of the territory of Ukraine the State Attorney's office in Russia declared, that the transfer of the Crimean region from the Russian Soviet Federative Socialist Republic to the Ukrainian Soviet Socialist Republic in 1954 was illegal.

Read 1740 times Last modified on Monday, 23 May 2016
Published in Crimea
Tagged under