Simferopol – the capital of Crimea 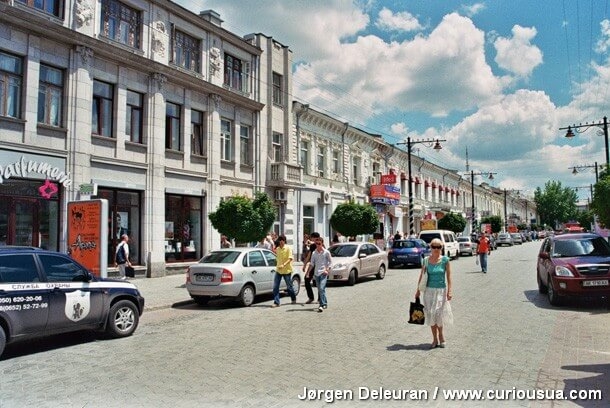 Karl Marx Street – one of Simferopol's pleasant pedestrian streets. Residents and business people may drive there at a slow speed. 2007. Photo: Jørgen Deleuran.

Simferopol is the capital of the Autonomous Republic of Crimea and has approx. 370,000 inhabitants. The city houses the parliament, Verkhovna Rada Crimea.

Simferopol is an important center of politics, economy, transport and trade. For example, the city has many specialty shops as well as several markets where groceries such as fruit, vegetables, meat and fish are sold, as well as clothing and utility items.

About 15 km northwest of the city is Simferopol International Airport. In Simferopol the world's longest trolley bus lane (172 km round trip) starts, and goes to Yalta via Alushta. 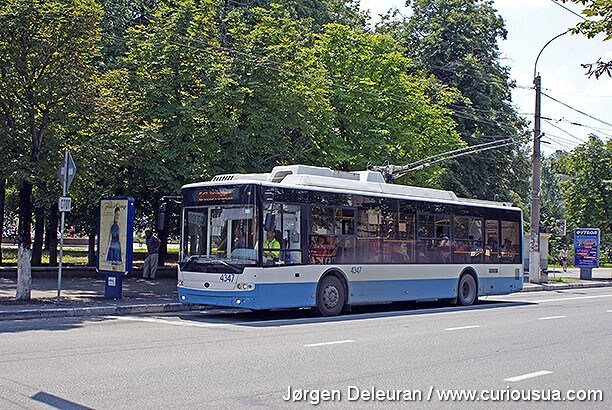 One of the trolley buses on its way through the town. 2013.

Throughout time, the city has been dominated by various peoples, such as the Tatars, who called the city Aqmescit (The White Mosque). Even earlier, it was the capital of the Scythians, Neapolis, whose remains in the recent decades have been discovered by a large archaeological excavation. The city got its present name when Catherine II in 1784 incorporated Crimea into the Russian Empire.

Simferopol is a cozy town that can provide many good experiences. Don't miss the beautiful Orthodox churches and cathedrals. Throughout the city, the Salgir River flows along its banks, which is a lovely recreation area. The city's pedestrian streets, with Karl Marx Street as the central street, is a good experience both during the day and in the evening, where there are many people walking around. 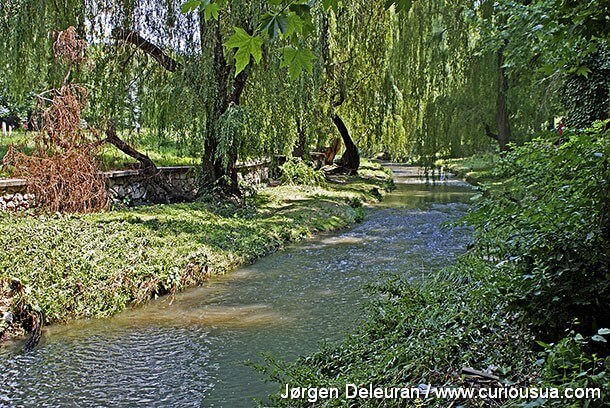 The Salgir River meanders through Simferopol. 2013.

At the end of Karl Marx Street you find the parliament Verkhovna Rada, and to the left of this a lovely park with flower beds, benches, playground and a water sculpture where Crimea – carved in granite – lies in the water with 9 lights showing the location of the largest cities. In addition, a marble globe that slowly turns around through the influence of the water. 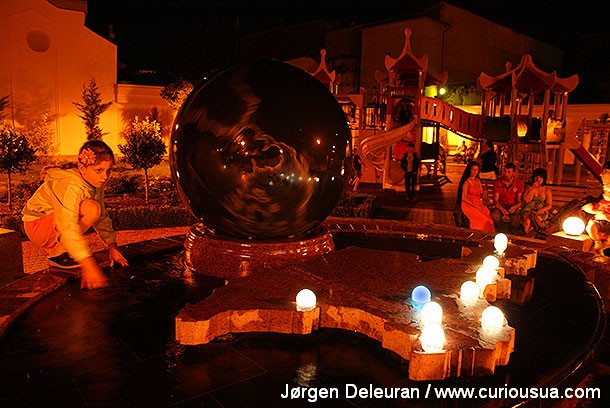 The city has many good cafés, restaurants and bars, both indoors and outdoors. There are several nice parks such as Gagarin Park and Detsky Park (Children's Park). Simferopol Reservoir, from which the city gets its drinking water, is a scenic area that many of the city's residents go on excursions to. 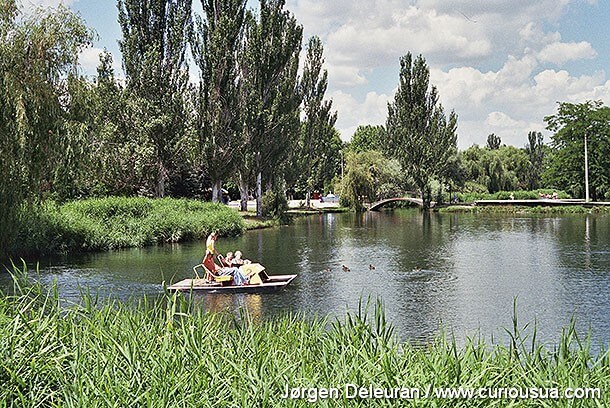 As everywhere in Ukraine, there are also many monuments in Simferopol, such as the two Lenin Statues, Victory Square with a World War II T-34 and the monument to the fallen soldiers in Afghanistan. 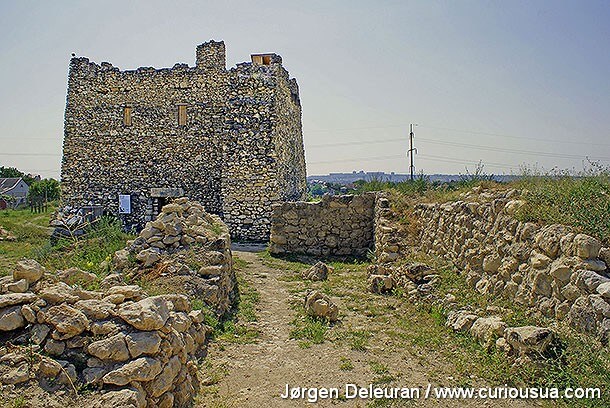 From the excavation of the Scythian capital Neapolis. 2012.

Do you like to go to markets then there are several of the kind. Markets with fruit, vegetables and other kind of food, and the big market, where Prospekt Kirova and Kozlova Street meet. Here you will find clothes, shoes, hats, bags, music, electronics, crafts, toys, everything for the home, food and beverages  and much more. Mention something, and it's here – at least everything you can carry away.