Sevastopol is the city with the Black Sea Fleet 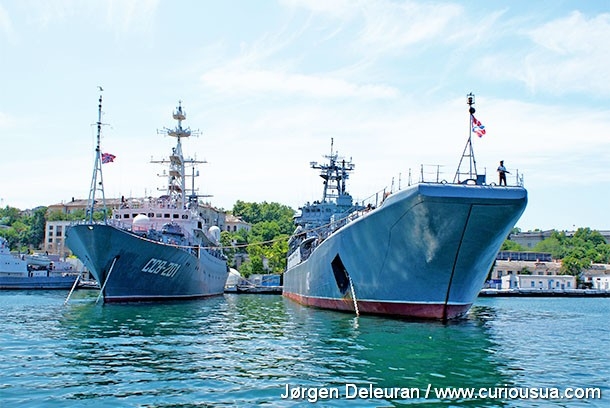 For those who like big ships, the Black Sea Fleet is worth a visit. 2011. Photo: Jørgen Deleuran.

Sevastopol, formerly known as Sebastopol, is a port city in Ukraine, and is located on the Black Sea coast of the Crimean peninsula.

Sevastopol was founded in 1783 by Grigorij Potemkin after the Russian Empire that year, under his leadership, had annexed the Crimean Khanate, including the Crimean peninsula. In the same year, Potemkin established the Black Sea Fleet with Sevastopol as a base.

During the Second World War, Sevastopol was besieged for 250 days in 1941/42 and was stormed by German troops July 4th 1942. During the siege, the Germans used one of the largest conventional cannons ever used in war, Schwerer Gustav. The Red Army recaptured the city in 1944. 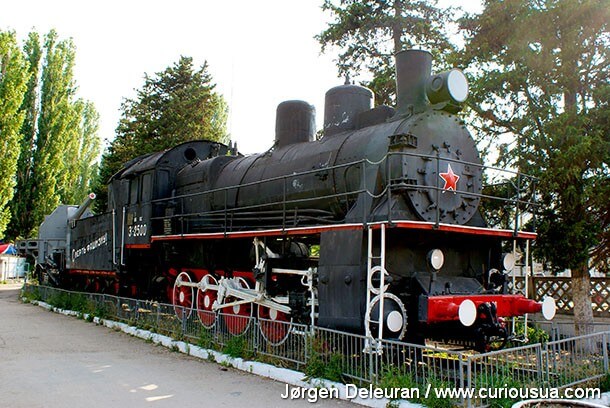 The locomotive with cannon was used against the Nazis during the Second World War. On the side, the words "Death to the fascism" have been painted. 2011.

In 1954, the entire Crimean peninsula, and thus also Sevastopol, was transferred from the Russian Socialist Federal Republic to the Ukrainian Soviet Socialist Republic.

Ukraine and Russia had an agreement that ensured that Russia could use Sevastopol as a marine base until 2017. On April 21th 2010, the Ukrainian president Viktor Yanukovych and the Russian president Dmitrij Medvedev signed an agreement that Russia could rent the Marine base for another 25 years after 2017 in exchange for natural gas at a reduced price.

When Russia occupied Crimea in April 2014, the Moscow regime also seized the part of the Black Sea Fleet that belonged to Ukraine. With the occupation, Russia broke both the agreement of 21th April 2010 and the even more important Budapest-memorandum, in which Russia in 1994 committed itself to respect Ukraine's borders and sovereignty.

Experience the history of the Black Sea Fleet

On Lenin Street, close to the harbour, Museum Of The Black Sea Fleet is located. Here you can get a thorough insight into the fleet's history, and there is a large exhibition of old weapons systems, mines and missiles. 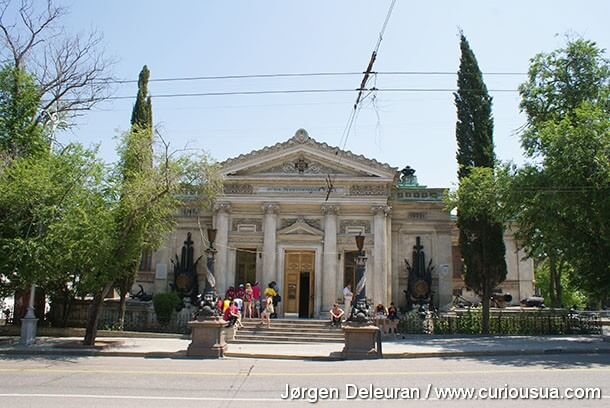 The port of Sevastopol is not only the home of the Black Sea Fleet. There are many different activities in the harbor. This is also where the large ship repair company Sorius is found, which, in addition to dealing with repairs, also carries out alterations and paints of ships, as well as supplying spare parts and marine equipment. 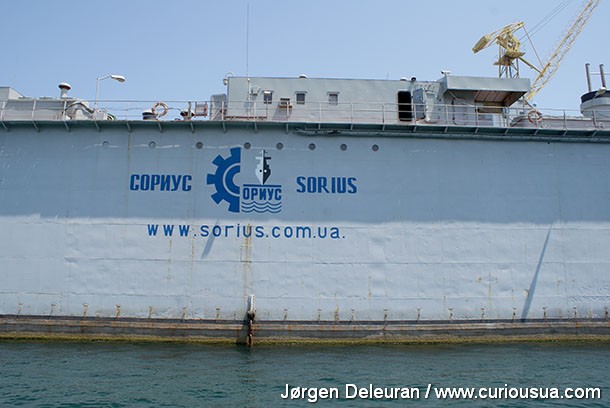 Various merchant vessels also call at the port to unload or load goods, and many of the ships come from afar. 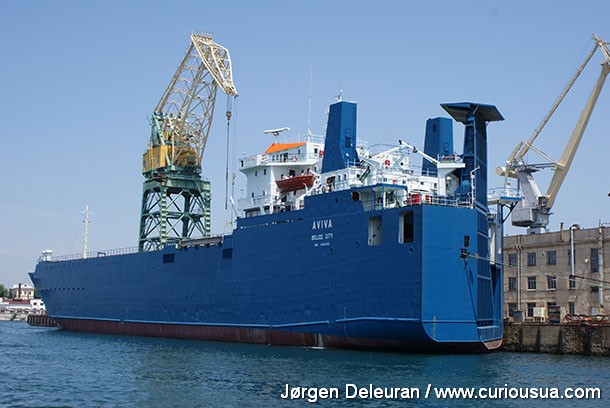 If you want to experience the harbor from the water side, there is ample opportunity for it. There are several touring boats that bring tourists around on interesting boat trips, where you can see the many naval ships and activities in the harbor. 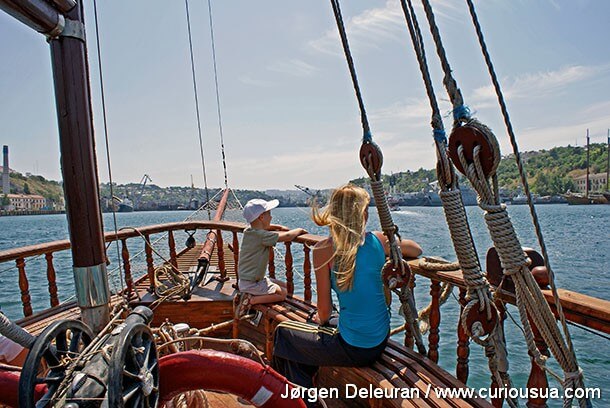 In Ukraine, there are many monuments to commemorate past events. In the port of Sevastopol you will find Monument To The Sunken Ships. The monument was built in 1905 – 50 years after the first defense of Sevastopol – and commemorates the ships that, during the Crimean War, were sunk in the bay to prevent the English, French and Turkish naval forces from gaining access. The monument consists of granite blocks and a seven meters high Corinthian pillar, on which top is placed a two-headed bronze eagle. 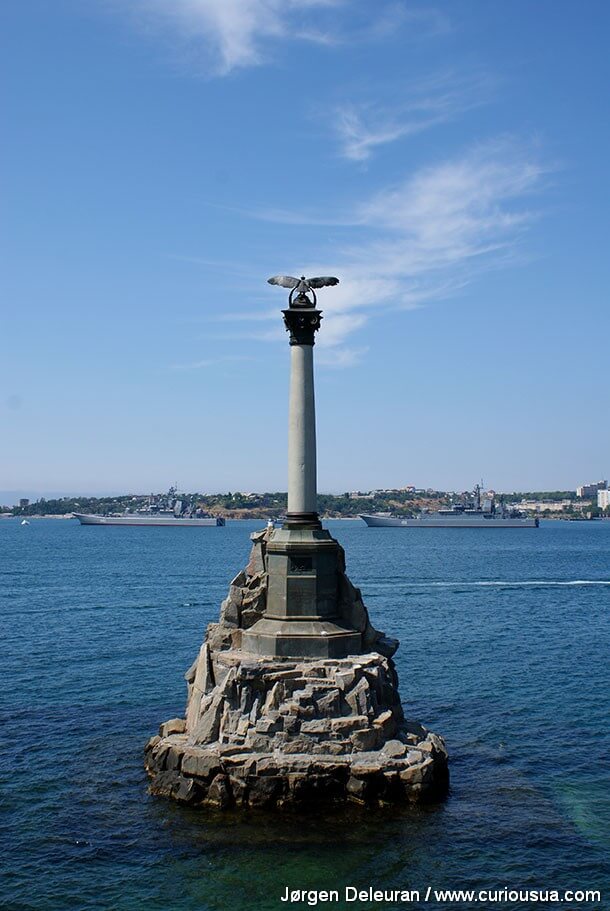