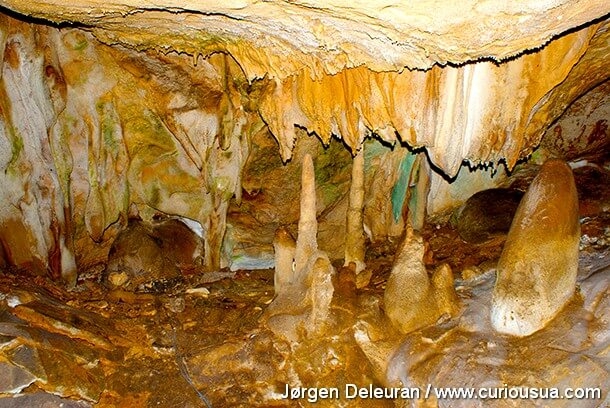 The caves at Chatyr-Dag were formed by an underground river sometime in the past.

The Mramornaya Peshchera on the Chatyr-Dag plateau is an impressive system of underground tunnels and caves, created millions of years ago by an underground river, which washed away all the soft material and left behind these tunnels.

The site was first discovered in 1958, when some people were hiking in the mountains near the village Mramorne a little south of the Crimean capital Simferopol. They discovered a hole, looked down into it and saw that it continued into the mountain. 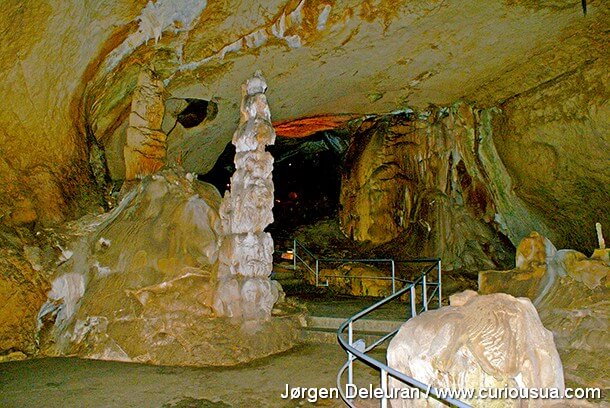 In the tunnels there is a constant temperature of 9 degrees all year round, so if you want to visit the place, it's a good idea to wear some extra clothes, so you don't just wear your summer clothes.

You can go on four different guided tours, each of their length. The shortest takes about half an hour and the longest approximately an hour and twenty minutes.

Getting to Mramornaya Peshchera is not so easy. You can of course both walk and cycle, which some do, but it is a hard hike up the mountain. There are tourist companies that drive up there, but the best is of course if you drive by yourself. If you come to Crimea by plane, you can rent a car at Simferopol airport. You drive from Simferopol by the road towards Alushta. Shortly after passing the third village called Dobre, turn right towards Mramorne and again to the right where a sign is pointing towards Mramornaya Peshchera. Then you continue approximately 10 km, until you reach the top of the mountain. Here the road divides into two. Choose the left one which leads you straight to the place. 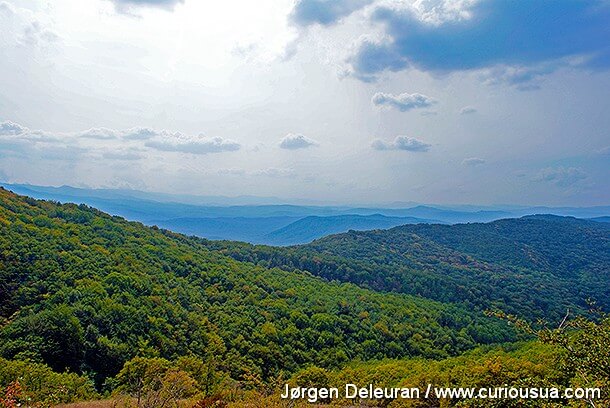 On the way up the mountain you should stop and enjoy the view of the impressive mountain scenery that extends as far as the eye can see. On the final part of the tour, before reaching the plateau, the road is fairly steep, but still manageable.