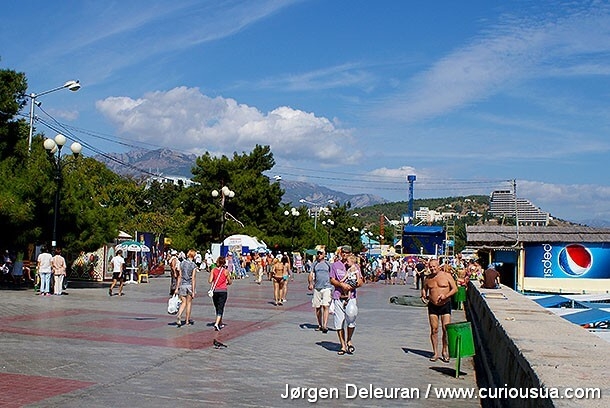 The beach promenade in Alushta was always full of tourists. 2010. Photo: Jørgen Deleuran.

Alushta was founded by the Byzantine Emperor Justinian in the 6th century.

The city is today one of the most important cities on Crimea's south coast, and has a population of about 30,000.

Alushta is one of the most visited cities of tourists who want to enjoy their holidays at The Black Sea. 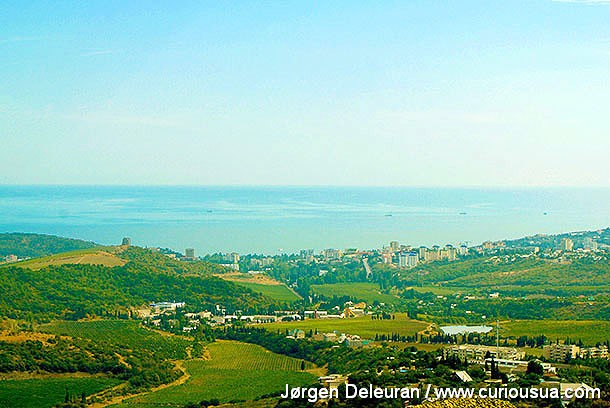 When coming from The Crimean Mountains, the tourist town of Alushta is seen on The Black Sea coast. 2010.

There are traces of past cultures, such as a Byzantine defense tower and a 15th-century Genovese fortress.

The town is situated just below The Crimean Mountains, why the area is very rocky, but there are also many fine sandy beaches. Most of these are privately owned and a small fee is charged for their use. 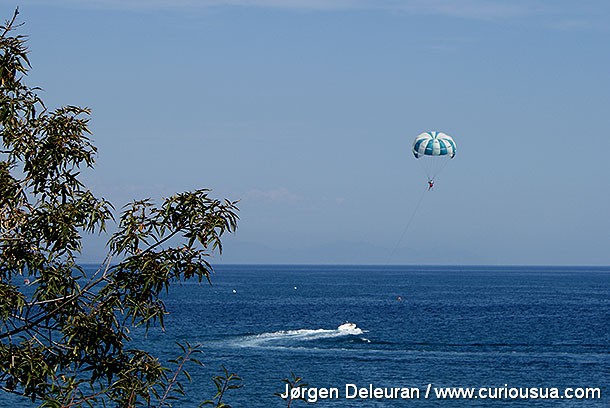 Parachute after speedboat on The Black Sea. 2010.

Alushta is strongly influenced by being a tourist town. Thus, there are many bars, cafes, restaurants and rides. There is something for everyone and for both adults and children. 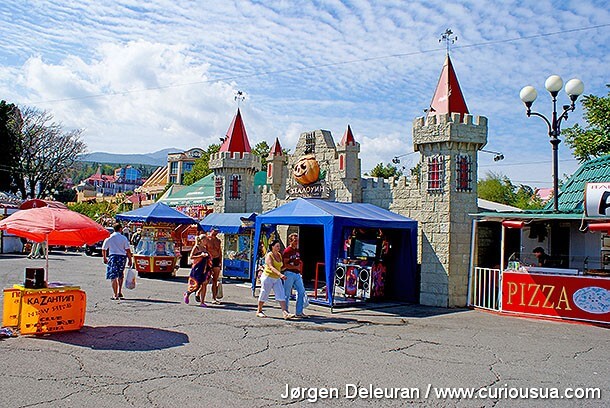 Parachute after speedboat on The Black Sea. 2010. 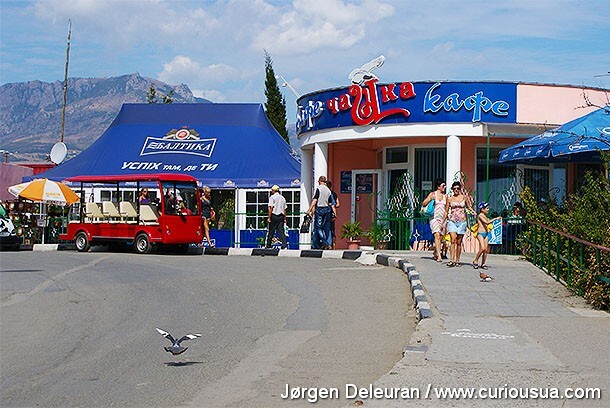 It is easy to get to Alushta, which is on the route of the world's longest trolley bus track, which runs from the capital Simferopol via Alushta to Yalta. The tour through The Crimean Mountains is a highly recommendable experience. 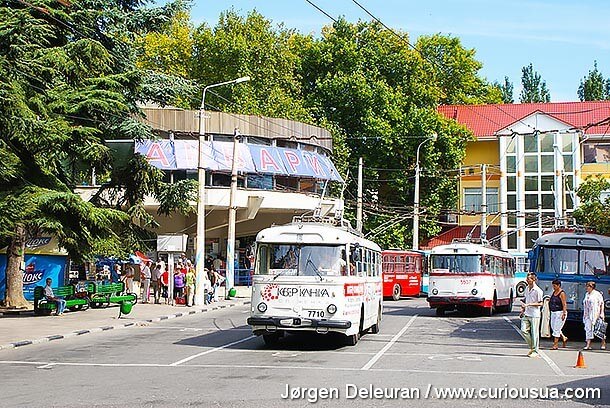