100 days with Zelensky as President of Ukraine: expectations and reality 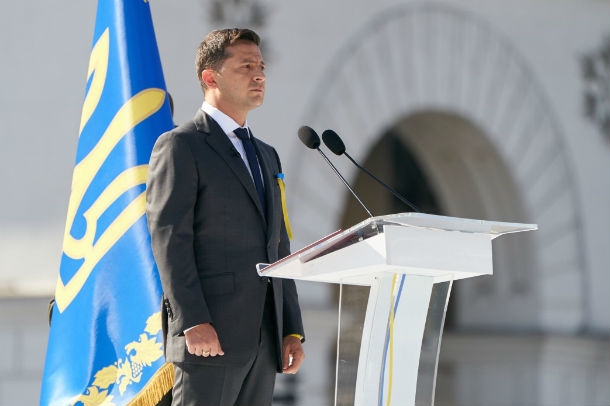 The participation of the President of Ukraine in events to mark the 28th anniversary of Ukraine's independence. Photo: www.president.gov.ua

The results of 100 days with Volodymyr Zelensky as President of Ukraine.

The Volodymyr Zelensky team said the plan for the first 100 days consists of reforming the president's activities as a power institution, undertaking a comprehensive overhaul of the state before introducing specific legislative proposals on justice, anti-corruption policies and the like.

According to studies, the Ukrainians expectations of the first 100 days of the president were:

– reduction of tariffs of utilities' services;
– submission of a bill to Parliament to remove the immunity of deputies, judges and the president;
– the beginning of direct negotiations with Donetsk, Luhansk and Moscow on a peaceful solution and cessation of hostilities in eastern Ukraine;
– the commencement and acceleration of the investigation of the most well-known corruption crimes;
– salary reduction for top officials.

What President Zelensky did:

– dismissed the Parliament;
– made many dismissals and appointments;
– signed and canceled a number of decrees;
– visited the front line;
– tried to revive the Minsk process;
– has called Putin;
– completed the restoration of the bridge in the village of Stanitsa Luhansk;
– called on Donald Trump and Teresa May for the "Normandy format";
– met with world leaders;
– met with local officials;
– refused to host the military parade on Ukraine's Independence Day;
– recorded a video message to the Ukrainians;
– went out of business;

Many experts believe that the head of the Ukrainian state had few levers to assert his influence. Some politicians and observers say it is worth to wait for the assessment, but note that the President of Ukraine has reaffirmed the state's previous foreign policy – towards rapprochement with the EU and NATO.