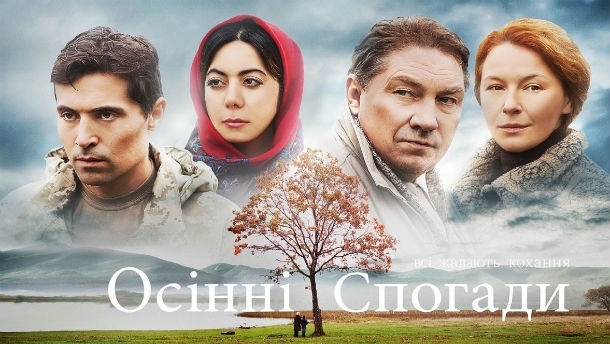 Photo: The creative team behind the film ”Autumn Memories”.

6 October starts the distribution of the film ”Autumn Memories” - a joint production of Iranian, Czech and Ukrainian artists.

”... Our movie about how soldiers, who came from the war, learn to live again ...”.
Actor Dmitry Linartovych

The creators of the film ”Autumn Memories” presented the long-awaited ballads about love based on ”post-war syndrome”. The film brings viewers to think about how you under any circumstances do not lose the ability to love, to compassion and dreams, but eternally remains a human being.

The subject in ”Autumn Memories”

The film takes place in a village in the Carpathian region of Ukraine, near the border with the European Union (recording took place in Truskavets and the village Dobrohostiv, Lviv region).

”Autumn Memories” is a story the love and memories of four persons. The first of them – a young Ukrainian artist Anatoliy (actor Dmitry Linartovych, Ukraine), who voluntarily went to the army to participate in the ATO and defend his homeland. He comes to wound care in western Ukraine, where he finds new friends and falls in love with a young Iraqi refugee girl Imu (actress Nazanin Ahmadi Shahpurabadi, Iran). She was left in the woods during an attempt to cross the border  illegally. Villagers found and rescued Imu.

The woman from Iran also love Anatoliys new friend, Olexandr (actor Olexandr Ihnatusha, Ukraine), – the older man, a local sculptor who endured personal tragedy and try to start a new life. Another woman's difficult fate in the film – Olexandrs sister's dead wife, Natalya, (actress Tatiana Yurikova, Ukraine). She loves this man throughout her life and for his love she is not only ready to act decisively, but also with cunning. 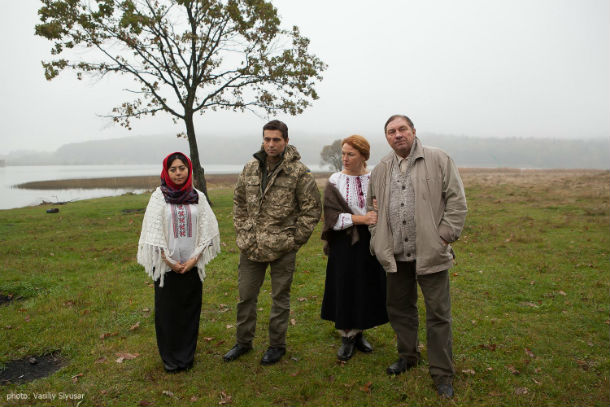 The soundtrack to the film is the song ”Don't let go” performed by the wife of Yaroslav Rakytskyy the defender in Donetsk "Shakhtar", Olha Rakyts'ka (the band ”My city”, ”Moj gorod” in Rus.). In the film is also heard poems by Lina Kostenko (a very famous Ukrainian poet).

Screenings before the premiere

The first closed film viewing about the ATO soldier was held on 24 August at the 25th anniversary of Ukraine's independence. The drama opened the International Film Festival ”Dream City” in Rivne. Later, the film was presented at the 6th International Film Festival ”Carpathian Crown”. The performances took place with the full house, and the film received high marks from leading European film critics.

The drama ”Autumn Memories” is published widely to morrow, 6 October, and will be available in all major cities in Ukraine, as well as in Iran and the Czech Republic.