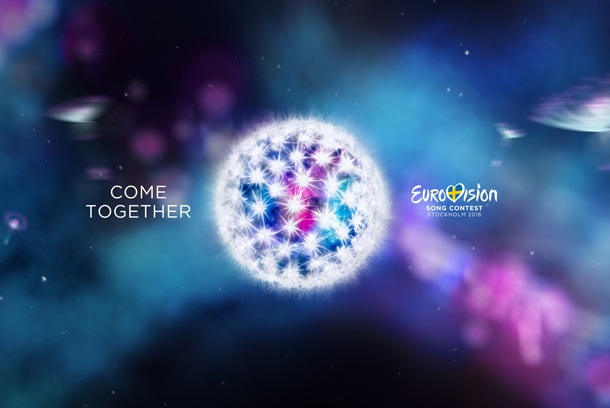 Despite strong competition in Stockholm, the Ukrainian singer Jamala brought Ukraine the second victory in the Eurovision Song Contest.

For the second time in the history of Eurovision Ukraine became the winner. The night between Saturday and Sunday the jury and audience voted for Jamala with the song '1944'. This composition has been in the limelight before the competition, where the lyrics were considered political messages. Nevertheless, there were experts who predicted victory for Jamala.

The first lines of the song, which tells about the deportation of Crimean Tatars May 18, 1944, was written in 2014 on the Ukrainian language. It was specifically written in English for participation in the national elections. '1944' is the first song in the Eurovision Song Contest, in which the words were on Crimean Tatar.

The Ukrainian singer was on stage in Stockholm on 12 May in the second semifinal as no. 14 and got 287 points. Jamala took therefore the second place after Australia and got the right to sing in the final on 14 May.

This year there were new rules for counting votes. Separately there was announced scores from the professional jury and the audience. According to the results of the jury's vote Australia became number one, and at the second place – Ukraine.

The highest rating, 12 points, was given to Ukraine by the juries from San Marino, Georgia, Bosnia and Herzegovina, Denmark, Moldova, Latvia, Israel, Serbia, Macedonia, Poland and Slovenia. In total, Ukraine received 211 points from the judges.

Based on the voting from the audience Ukraine took also the second place with 223 points. 12 points for Jamala gave the audience in Poland, Hungary, Czech Republic, Finland, Italy and San Marino.

About the Ukrainian winner Jamala

The Ukrainian opera and jazz singer (lyric-dramatic soprano) Susana Jamaladinova (the singer's stage name comes from the first part of her surname) was born August 27, 1983 in the Kyrgyz SSR. Her father is Crimean Tartar and her mother is Armenian. The singer spent her childhood in the Crimean village Malorechenskoe near Alushta, as she and her family returned in 1989 from the former site of the deportation of the Crimean Tatars.

Jamala started learning music in the early childhood. Her first professional recording she made at the age of 9 years old, where she was in the studio singing 12 children and Crimean Tartar folk songs. After graduating in piano from the music school in Alushta Jamala arrived to Simferopol School of Music, and later – the National Music Academy in Kyiv in the opera class.

As the best candidate Jamala had of course planned to devote herself to classical music and to act as a soloist at La Scala, but a serious passion for jazz and soul as well as experiments with oriental music changed her plans.

Before Eurovision 2016 Jamala participated in dozens of vocal competitions in Ukraine, Russia and Europe.

Ukraine and the Eurovision Song Contest

Ukraine has participated in the international song contest from 2003. In 2004, Ruslana brought home the victory with her song 'Wild Dances'.

Second place was won for Ukraine by Verka Serduchka with the song 'Dancing Lasha Tumbal' (2007) and Ani Lorak with 'Shady Lady' (2008).

In 2011, the singer Mika Newton was ranked as number four. In 2013 the country was represented by Zlata Ohnevich and took the third place after Azerbaijan and Denmark.

Ukraine is a record holder among Eurovision countries, because it shows very good results. The country always comes in the final. In 2015 Ukraine for the first time failed to participate in the Eurovision Song Contest due to the unstable economic and political situation in the country.

Ukraine has returned to the competition in 2016 to win the first place. For the first time in the history the two Ukrainian TV channels Pershij and STB worked together at the national competition.

Read 2673 times Last modified on Sunday, 07 May 2017
Published in Culture
Tagged under