The historical novel «Jakovs century» is filmed in Ukraine 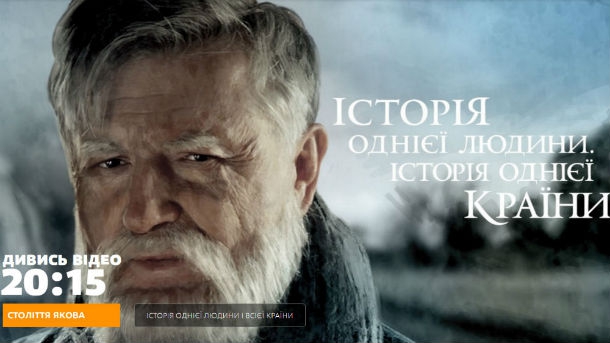 A number of projects devoted to Ukrainian literary works have started on channel 1 + 1. The first was the bestseller of V. Lys «Jakovs century».

«The story about mankind and the whole country» – that's the way the film is presented by its creators. «Jakovs century» («Stolittja Jakova» in Ukr.) – historical drama in four parts based on a novel by the Ukrainian author Volodymyr Lys. It is the story of the hundred years old Volyn-pawn Jakov Mekh's life. The film takes place in the period from the end of the First World War to the present. War, imprisonment, loss. One hundred years of love and a hundred years of life's trials. The most important result – the preservation of humanity and the ability to love.

In «Jakovs century» you have the opportunity to experience the events that took place in Ukraine for the last 100 years, through the stories of ordinary people. Sometimes against their will, they were involved in historical conflicts.

Director of the film «Jakovs century» is Bata Nedic, and the soundtrack to the drama is a song of the Ukrainian cult band «Okean Elzy», «Do not» («Ne Jdy» in Ukr.). The words and music is written by the band leader Svyatoslav Vakarchuk.