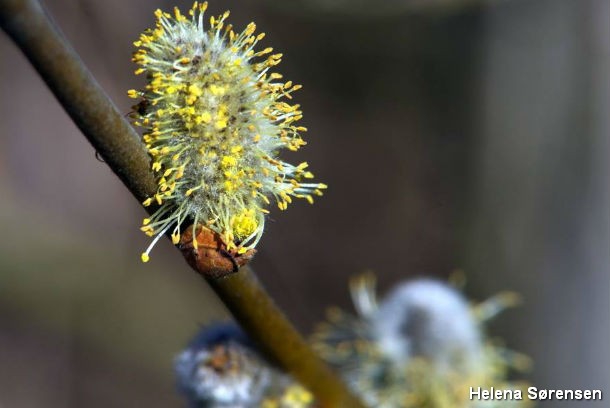 On April 9, Orthodox Christians are celebrating Palm Sunday - the last week before Easter, which this year falls on April 16.

Greek and Roman Catholics, Orthodox Christians and Armenians also celebrate this feast today. All churches have a church service.

As mentioned in the Gospel, people took their clothes and threw them on the road, where the Savior rode. They strewed his path with palm branches and met him with the cry «Hosanna!», which usually refers only to the king. The reason for the cheers was a miracle that Jesus made the day before by reawaken Lazarus and proved his right to be called the Son of God.

In the Christian tradition The Entry into Jerusalem is considered as a symbol of the coming God's rise to the throne.

According to tradition believers go this day of celebration in churches for the inauguration of the flowering willow branches. They symbolize the palm branches that welcomes Jesus' entry into Jerusalem on the eve of his crucifixion. In all churches are held a festive ceremony with the inauguration of willow branches today. It is believed that the branches have special powers. People come out of the church on Palm Sunday and thrust to each other with willow sticks and say: «It is not me that beat you, the willow does. Now we have a week to Easter».

Ukrainians have honored the willow from the old days, because this tree is the first to give notice of spring and has medicinal properties. Inauguration and worship of willow branches will be conducted in the homes of believers until the next fast.