At the Eurovision Song Contest 2018, Ukraine came in the final's top 20 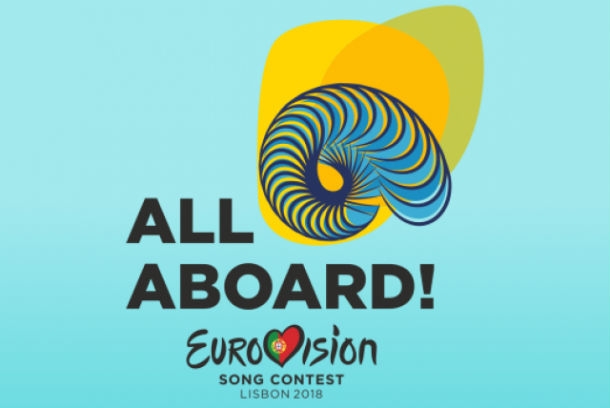 Ukraine has always come to the finals of the Eurovision Song Contest. The representative of the country in 2018 Melovin did it again.

On May 12, Lisbon held the final in Eurovision Song Contest 2018, won by Israeli Netta Barzilai. The Ukrainian participant Konstiantyn Bocharov, acting under the pseudonym Melovin, took the 17th place of 26, according to the results of the voting.

According to the drawing, Ukraine's representative appeared in the second semifinal as the last one, number 18. But Melovin was allowed to open the final of the competition as the first performer. His song was spectacular and impressive, but the song "Under the Ladder" and Melovin's performances were judged differently by the members of the jury and the audience. In voting results, the jury awarded 11 points to Konstiantyn, and the audience rated the Ukrainian participant's achievement to 119 points.

Konstiantyn Bocharov was born on April 11, 1997 in Odesa. He sang in the choir at Odesa General Education School, participated in theater productions and wrote manuscripts. In 2013, the singer took the pseudonym "Melovin". In September 2015 he entered the Kyiv Music Institute named after R. M. Glière.

After Melovin had tried his strength in the 6th season of X-Factor, he came to the final where he sang in a duo with singer Jamala, and then to the last gala concert where he won the winning title.

In 2016 Melovin released his debut number "Not Alone" ("Не одинокая"). Then there was an attempt to get to the Eurovision Song Contest 2017, but it failed. Nevertheless, the year was not wasted. The singer performed his first solo show and released the song "Hooligan", written with Ashley Hicklin, soloist in the British band Bright Sparks and DJ Tiesto. After 6 hours of sales, it ranked the 1st place in iTunes charts.

Continuation of the history

Ukraine has participated in the Eurovision Song Contest since 2003. The country won the competition for the first time with Ruslana's song "Wild Dances" (2004). Second place to Ukraine was brought by Verka Serdyuchka with "Dancing Lasha Tumbai" (2007) and Ani Lorak with "Shady Lady" (2008). In 2011, the singer Mika Newton approached the three best and took the fourth place. In 2013, the country was represented by the singer Zlata Ognevich. She took the 3rd place and lost to Azerbaijan and Denmark. In 2015 Ukraine failed to compete for the first time because of the unstable financial and political situation in the country. In 2016, Ukraine returned to the competition and won with the song "1944" by Jamala.

After the Eurovision Song Contest 2017 in Kyiv, the competition's reference group led by the official representative of EBU David Goodman stated that because of the fact that the SBU did not grant entry to Russian participant Yuliya Samoylova and the delays in the organization of the competition, Ukraine could be subject to sanctions in the form of fines and suspension from participation in the competition for a period of up to three years.

Similar sanctions could be imposed on Russia in connection with the refusal to broadcast the competition on The First Channel and Russia-1 and the country's lack of participation in delegation managers' mandatory meetings in March 2017 following the ban on the Russian participant on entry into the territory of Ukraine.

On June 29, 2017, David Goodman recommended that Ukraine should be fined 200,000 euros and that Russia should have an "verbal warning". The final decision for the countries was not published.

Representatives of both Ukraine and Russia appeared in the second semifinal, 10th of May.