Relations between Russia and Ukraine, a ”deadly hostility” Featured 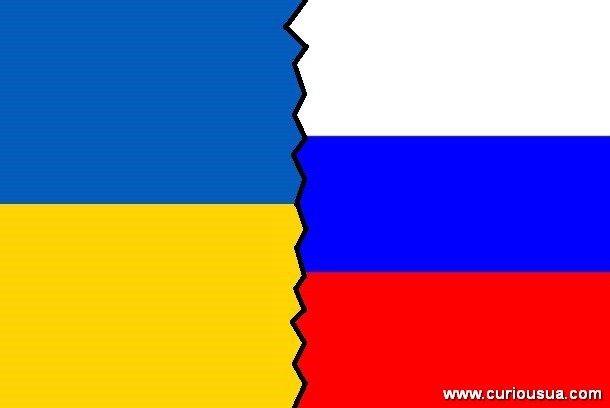 The relations between Russia and Ukraine today are not ”normal”. On the contrary, it is characterized by ”mortal hostility” and ”geopathological embrace”, i.e. a deadly interplay, as Gleb Pavlovsky* in an analysis for Carnegie Endowment very precise calls ”lethal codependency”.

The Relationship between the two countries cannot, Pavlovsky says, be studied from the intergovernmental power policy, national interests and Russian imperial behavior. The two countries do not see each other as sovereign units, but look at each other as the (anti)model and as an opponent. The dissolution of the Soviet Union in 1991 created a political and ideological vacuum from the very beginning. It was different in Central and Eastern Europe. Here the countries quickly found a new model, moving, as said by Ivan Krastyev** and Stephen Holmes***, into a ”age of imitation”. In Poland, the Czech Republic, Slovakia and Hungary there was a consensus on the direction of the development itself. East would ”look like the West”, go back to Europe and catche up, achieve Western living standards.

For Russia and Ukraine, and in other CIS countries, it was different. In the 1990s, there was much less focus on the West, on ”imitation”. Russia had a hard time finding a strategy in relation to Ukraine. To ”swallow” the country was not in question, but it was difficult for Moscow to regard Ukraine as ”abroad”. Russia also had difficulties in creating its own national identity and controlling its own borders. For Ukraine, in the 1990s, it was a lot about economics, achieving the best possible gas contracts with the Russians, stopping or at least limiting the collapse of the economy.

Right up to 2014, Kyiv led a two-vector policy, to make the most of relations with the West and Russia at the same time. That it went so wrong after the turn of the century was due to, according to Pavlovsky, that Ukraine in the 00s very much was ruled by the two worst presidents since the independence, Viktor Yushchenko and Viktor Yanukovych. The revolt in 2014 was logical, caused by the greed and indecision of Yanuvitjs. However, as after many other revolutions around the world, the rulers who arrived instead did not manage the country. ”The revolution of dignity” was dried-up and stiffed. The chaos that followed was used by Russia to annex Crimea and lead a hybrid war.

But the two countries did not interrupt all relations. They simply took a different form, characterized by both deadly hostility and, under the surface, with continued relationships. Even in the worst times, for example, here after the Russian blockade of the Kerch Strait, it was possible to buy Petro Porosjenkos Roshen chocolate in kiosks in the central Moscow, even right in the face of the Russian Ministry of Defence. Russian behaviour was due to deep frustrations and mistrusts in relations with the West, created by NATO enlargements, the EU's more active neighbourhood policy following the enlargements of 2004 and 2007, the plans in the West for missile defence, fear of NATO bases in the Black Sea region and the problems of the Russian-dominated Eurasian Union.

In these years, Ukraine and Russia are not fighting open war, they do not use the phrase ”to triumph”, but want to become stronger and richer. Ukraine, Pavlovsky says, does not really want a ”victory” over Russia. The Russian intervention in Donbas was a gift to Kyiv, a window to the West, an instrument for keeping the West's attention to Ukraine and getting the West to ”curb”, perhaps even ”roll back” Russia. As long as Russia supports the separatists in Donbas, Ukraine can much more easily describe itself as the West's new ”symbolic boundary” to the East.

Is there a way out of this strategic ”cul-de-sac” (blind alley, ed.), Pavlovsky asks. It will only be if both Russia and Ukraine recognise the unsustainable situation in the current profoundly destructive deadly relations. No one wants to lose face, both want to achieve a symbolic victory at a minimum. Given is that neither Russia nor Ukraine has become what was dreamed of when the Soviet Union was dissolved in 1991.