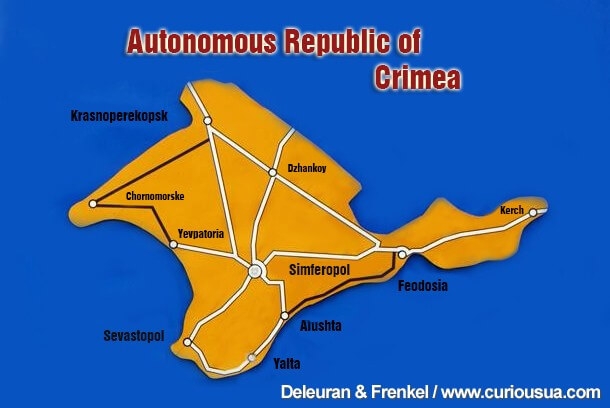 Meeting with Mustafa Jemilev was held by the Danish Helsinki Committee and the website Mr. East on May 29 in Copenhagen.

Mustafa Jemilev (or Dzhemilev) is recognized by all Tatars in and outside of Ukraine as their spiritual leader. He has been a member of the Ukrainian parliament and until 2013 of Medzlis, the Tatar parliament in Crimea. Mustafa Jemilev, together with Andrei Sakharov, founded the first human rights group in the then Soviet Union.

Jemilev was under the visit of the Helsinki Committee accompanied by Ukrainian Deputy Minister for Information, the ethnic Crimean Tatar Emine Dzheppar (or Dzhaparova), who served as an excellent Russian-English interpreter during the meeting.

The organizers had chosen to invite members of DUS (Danish-Ukrainian Society, ed.) with ultra short notice – for security reasons (?) – but all the more it was splendid that so many DUS members appeared on this hot summer evening.

The 73-year-old Mustafa Jemilev is the legally elected President of the Medzlis-Crimean Tatars Parliament. His visit to Copenhagen was partly sponsored by Ota Tiefenböck from Mr. East and partly by the Visti Foundation for international understanding.

«As regards the Russian occupation of Crimea in 2014, it is in the ongoing propaganda war right now unfortunately the Russian version of the events that dominate. Even the president of one of the major Western European countries has found that Crimeas population allegedly wanted to enter Russia.

Crimean Tatars are working today to restore Ukraine's territorial integrity. Thanks to Ota Tiefenböck for his great work of spreading knowledge in Denmark to the conditions in Crimea.

But who are the Crimean Tatars? Are «Tatars» the correct name?

Many Crimean Tatars believe that they should be termed «Krimiytsi» («Crimeans») because the Crimean Tatars are not an Asian or Little Asian people, which is a bit in the word «Tatar», but a mixture of the many Peoples who, over many hundreds of years, immigrated to Crimea: Greeks, Scythians, Genovesians, Goths, etc.

I was born in Mezhdurechye, where there is an ancient cemetery dating back to 1771, which contains only Christian «Tatar» graves. The fact is that the massive transition of the Crimean Tatars to Islam occurs only after the Russian Empire from 1771 begins to be «protector» of the Christians in Crimea. The Russians use this position to start deporting the Christians from Crimea to the Mariupol area of the current Eastern Ukraine. Thus, the Russians managed to deport 30,000 people from Crimea to the Azov coast (Mariupol is located by the Azov Sea) until there were no more endogenous Christians in Crimea to deport because the rest of the Crimean population had converted to Islam to avoid deportation.

However, the biggest tragedy in the history of Crimean Tatars was when Stalin deported all Crimean Tatars to Central Asia in 1944. The imprisonment was their alleged cooperation with the Nazis during the occupation of Crimea, which lasted from 1941 to 1944. However, the accusations of the Soviet communist authorities were absurd because almost all Crimean Tatar men, who were capable of bearing arms, were mobilized to the Red Army in 1941 before the Germans occupied Crimea. According to the Soviet regime's logic, it should then have been women, children and old men who had cooperated with the Germans.

Ethnic cleansing in the Soviet period also had an overall strategic goal: to strengthen the pro-Soviet element in a given «problematic» area by replacing the population with Russians or other loyal Soviet citizens (parallel to the famine in Ukraine in 1932-33, ed.).

In 2016, the parliament of Ukraine declared Stalin's deportation of the Crimean Tatars in 1944 to be a genocide.

In 1956, the Crimean Tatars in exile began to exploit the relatively liberal post-Stalinistic Soviet communist regime to work to restore their autonomy. Crimean Tatars were always adherents of non-violence. Nevertheless, they were accused of defamation of the Soviet communist regime according to a notorious rubber article in the Soviet penal code.

From the beginning of the 1960s, the Crimean Tatars became an integral part of the All-Soviet democracy and human rights movement, also known as the «dissidents», led by the nuclear physicist Andrei Sakharov.

I was very active in the Soviet dissident movement and was in jail for a total of 15 years in the Soviet era, judged not only for Crimean Tatar activities but also for other democracy activities protesting against the invasion of Czechoslovakia, the Soviet regime's treatment of homosexuals and Jews, etc.

During Gorbatjov's Glasnost period, the Crimean Tatars in 1987 held a huge demonstration at the Red Square in Moscow, which was the largest Crimean Tatar manifestation so far.

After this demonstration, the Crimean Tatars gradually started returning to the Crimea in line with the increasingly clear tendencies of dissolution of the Soviet regime.

After the collapse of the Soviet Union and Ukraine's independence in 1991, the young Ukrainian state undertook to guarantee the rights of the Crimean Tatars in Ukraine.

The problem in 1991/92, however, was that about 80 % of the population in Crimea were Russians and descendants of the Russians whom the Soviet regime had moved to Crimea to strengthen the prosovetary element on the peninsula.

Indeed, 23 % of the Crimean population in 2014 were ethnic Ukrainians, but the problem is that the majority of these Ukrainians were already heavily russified at that time. Therefore, the 13 %, as the Crimean Tatars in 2014 made up of the population of Crimea, was the only population group that 100 % agreed to remain in Ukraine.

After the Russian-Georgian war in 2008, there was cause for concern, and therefore the Crimean Tatars tried to call out to the international community the same year by issuing a warning that Crimea could become the next victim. As a precaution, Crimean Tatars proposed to cancel the 1997 Ukrainian-Russian agreement on the naval base in Sevastopol and to clean Crimea's administrative apparatus for Moscow agents. In addition, Medzlis suggested that a Ukrainian military force should be deployed in Crimea, which in a crisis situation could match the 20,000 men of the Russian Black Sea Fleet.

In 2014, when Crimea was taken over by Russia, Ukraine had only 41,000 soldiers under the tabs (against ½ million today, ed.). Of these, only 5-6,000 were really combatable (against ½ million today, ed.). During Yanukovych's years as president (2010-2014), there were Moscow agents on all the «siloviki» posts (military, intelligence and police positions of power, ed.) in Ukraine. In February-March 2014, they all fled to Russia. They had been instrumental in making Ukraine's armed forces incompetent.

In a 45-minute phone call in March 2014, the Russian president Putin called on me to acknowledge the Russian occupation of Crimea. But I refused. Therefore, after the annexation, the Russians began a very hard oppression of the Crimean Tatars, which is actually worse than the one we were exposed to in the Soviet times.

Before Crimea has been freed from Russia, there are no improvements for the Crimean Tatars in Crimea.

I do not expect the conditions for human rights in the Crimea to be better. Today, all Crimean Tatars are holding their breath till after 8-9 in the morning before they are fairly sure that there is no raid from the Russian authorities that day. The Razzians are unannounced and without a court order. The Russians who run the raids do not even know what they're looking for because the literature they want to seize is either in Tatar or Arabic, as none of them can read.

In many EU countries, there is today a «Ukraine fatigue», not least because sanctions against Russia also cost EU countries export earnings. But there is only to say that if you are not willing to pay the necessary price today, you will be paying a much higher price later; Namely the freedom.

In 2014 – after the occupation of Crimea – I also had a long conversation with Turkey's president Erdogan, where I asked him to take the following countermeasures against Russia:

1. Close the Bosphorus Strait and Dardanelles for Russian ships.

2. Turkey joins the EU and US sanctions against Russia.

3. That the Turkish Navy blocks the way in and out of Crimea.

Erdogan refused to close the Bosphorus Strait and Dardanelles for Russian ships with reference to the Montreaux Convention. He would only agree to take such a step if war broke out between Turkey and Russia. But he did not want to go to war with Russia because of Crimea.

Regarding sanctions against Russia, Erdogan would not destroy the high amount of commercial intercourse between Russia and Turkey, which today amounts to 40 billion dollars.

Regarding the blockade of Crimea, Erdogan said that it was something that required a common NATO decision.

Today, it is sad for the Crimean Tatars to observe how Russia and Turkey are approaching each other after the brief confrontation that followed in the wake of the Turkish shooting of a Russian fighter plane over Syria in October 2015.

Turkey is afraid of being enemies with Russia because it always causes an increase in the number of terrorist acts in Turkey because everyone knows that Russia supports PKK.

It is also with great regret that the Crimean Tatars are currently witnessing a deterioration of the relationship between Turkey and the West. It is regrettable that there has been a conflict of interests between the West and Turkey in relation to the PKK-YPG because the West supports the Kurds in the fight against IS.

Today, the Crimean Tatars have their own TV channel, which sends from Kyiv to Crimea. But it is underfinanced, whereas the official Russian-sponsored Tatar-language brainwashing tv station in Crimea is almost overfinanced».

Ivan N. Nielsen is a historian cand. mag.,
Chairman of the Danish-Ukrainian Society