Two years after the «Ilovaisk kettle» 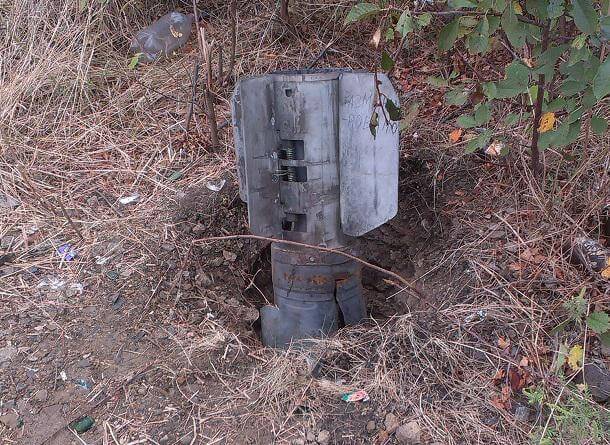 How do people survive in the «exclusion zone» after the liberation of Slovyansk. Seen in Ilovaisk and shared by a previous resident.

In August 2014, the Ukrainian history opened a new bloody side – the military got involved in the ATO and were surrounded near Ilovaisk. The loss of the Ukrainian army and the volunteer battalions were between 366 (the final version of the report of the General Staff of Ukraine in August 2015) and 3,000 (according to unofficial data). The number of injured, missing and prisoners are still imprecise. Hundreds, perhaps thousands of people have disappeared from the «radar» and no one can explain to their loved ones, what happened to them and where they are now.

The «Ilovaisk kettle» tragedy set «a heavy burden of responsibility» for what happened with the Ukrainian command and the government as a whole. Did they feeel guilty for catastrophic failure during the operation, the dead soldiers, their families and the Ukrainian people? I do not think so. And there are not many who believe it. On television screens Ukrainian authorities insists with one voice that they supposedly did everything they could to save people. In fact, an investigation of the events in August 2014 near Ilovaisk didn't start before after nearly two years.

What do we have today? Commemorative plaques in Kyiv and other cities, in honor of soldiers killed in Ilovaisk, published books about the tragedy (e.g. the sensational «Ilovaisk» of Yeuhen Polozhyi), from time to time populist speaks in Verkhovna Rada about the fallen warriors, and no criminal case on negligence is initiated by the military prosecutor.

We, Ukrainian citizens (on one and the other side of the fence), which is now going through the incubation thoughts – when you do not know how to use information, knowledge and experience (except in the «kitchen conversations») and how they can structure their demands to the authorities (and the media, as one of the levers of influence on mass consciousness and mood).

This lyrical stream throws me into a new trajectory of reflection. For two years, I think I have never seen, heard or read articles about how people live in the «exclusion zone», who are these people and how many of them has been destroyed by the war. Eyewitnesses to the scenes of fire – this is not how it is described, it is for those who live on the other side of the dividing line. This manipulative technique on the principle of «aha-compassion», which replaces reality. Now we are talking about the Russian, DFRs and even Ukrainian propaganda, the effect on different people, giving them ideological waste in the head and meets the same demand – to go on the rampage.

«Honoured» patriots on three sides (in fact, of course, two) of the conflict are killing people. For what? For the sake of the region? This area is indifferent to whose legs with which passports are entering it. For the sake of the upper echelons of power which has sent its people to the front as cannon fodder and basic betrayed? For the sake of patriotism that is eaten by fanatisme? For the sake of boasting, yes, I've been on the hot spots, and survived? This is not the 19th century, not «War and Peace» by Lev Tolstoi. This is the 21st century – a century of political, ideological, spiritual and physical violence.

Quite accurately, in my opinion, Orwell described the significance of the war for «carriers» of power as a structural element in his novel dystopia «1984»: «The essence of war – the destruction of not only human lives, but also the fruits of human labor. War is a way to break into pieces, sprayed into the stratosphere, drowning in the depths of the ocean materials that could improve the lives of people and ultimately make it more reasonable. Once the weapons are destroyed on the battlefield, new must be made – a convenient way to use human labor and not produce anything for the consumer».

For two years from the beginning of ATO (President of Ukraine Petro Poroshenko promised to complete it in a week) Ukrainian citizens have been in idling. We have become accustomed to live without results and without hope. Yes, life has not improved (but I still hope – so far), but hurray-patriotism is running at full speed.

The most painful question – prices for food, household products, medication. The products are imported from Ukraine – by smuggling. Therefore, they are much more expensive. Sometimes up to 2-2.5 times. The most important segment of goods are coming from Russia. It is less expensive. But the difference between the quality of Ukrainian and Russian products is essential. DFR has imported a lot of cheap Russian products of low quality because people have no money.

Lack of money – it's the second question. In the «public» companies there is from time to time reduction of number of employees. Wages issued in rubles and only partial, sometimes with considerable delay. For example, employees at Ilovaisk railroad and its subsidiary companies in the city were not fully paid for February before June! And therefore, people are traveling for work. Someone to Ukraine, others to Russia. After a time they return to Ilovaisk with the catch, or with empty hands.

The companies are not experiencing the best of times. Basically there is only small enterprises in the city – kiosks with food. Now and then people get «humanitarian aid», and people have no money, thinning of the product range, and sometimes even of the commercial businesses.

Speaking of «humanitarian aid». On the streets af Ilovaisks you can see exhausted elderly people offering to sell their packed lunch. They want to exchange them for a little money so they can buy things like eggs, milk or bread.

From general information: schools and kindergartens are working, the city is pretty clean (at least before the war), there are still curfew from 23:00 to 05:00; «Republican» currency, calculated in Russian rubles; under the patronage of the city «authorities» houses that are destroyed during the war are rebuilt.

Of the positive: for the people who live in Ilovaisk (and in the «DFR» in general), there is the same tariffs for housing, municipal services and public transport as before the war.

Bottom line is that I do not know how the Ukrainian authorities will make a social effort for the mental return of people living in the occupied territories (if the area ever again become an integral part of Ukraine). On TV screens and computer monitors we see, hear and read only the summary of the number of dead and wounded soldiers, how many times a day the Minsk Agreement is violated, and predictions of impending attacks from the aggressors / insurgents / terrorists (one can choose yourself). But almost no one talks about people living «out there«.

Recently I spoke with a man with DFR views about traveling. I asked:

– Through which city did you travel to Vienna?

– I want to go there (to Lviv, author). Yet never been there, but I look forward to it. I think there is a great architecture, – I enthusiastically continued.

– Yes, Lviv is a very nice city. I liked it there.

Then suddenly a thought struck my mind: «Damn, where did it all go wrong? When?» On the trails that long ago were paved with violence, the two sides of the conflict are fighting about the region, resources and power. Not for the people. With wild cries Russian propaganda channels / DFRs and Ukrainian television trumpeting from those who have power and drown people in the rhythmic noise of «patriotic« incantations that sacrifices thousands of minds and lifes on the altar of the system.

I would say like the hero of the novel «Three comrades» Robert Lokamp: «Life is terribly restricted. It has been reduced to only a painful struggle for the poor, bare existence».